Jayhawk fans serving in the military 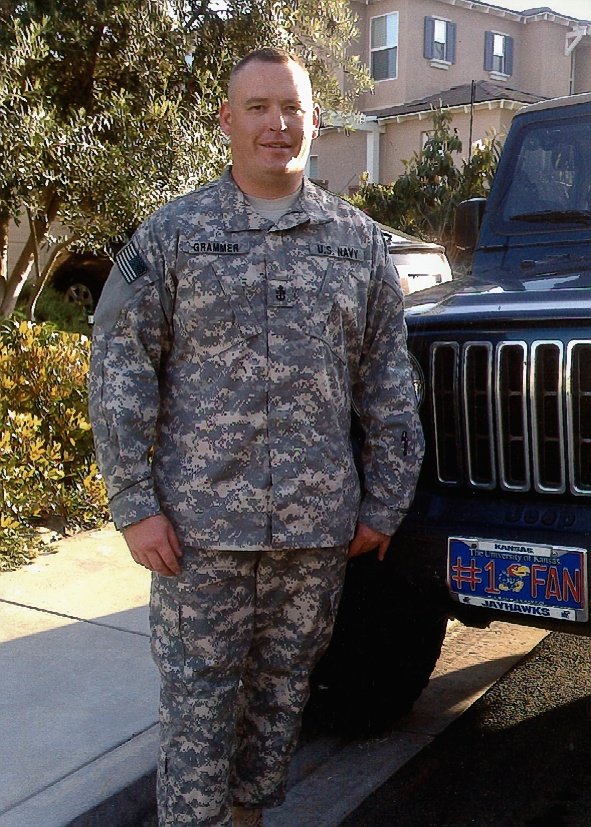 Loyal fan: Fire technician control submarine service chief Travis L. Grammer, a U.S. Navy submariner, currently stationed at Point Loma in San Diego, has volunteered to serve in Iraq. He is at Balad Air Force Base and will be there until this December. Grammer has always been a loyal Jayhawk fan and keeps up with them where ever he may be. He is a 1996 graduate of Eudora High School. The photo, taken in April, was submitted by his mother, Patricia Hadl Gifford.