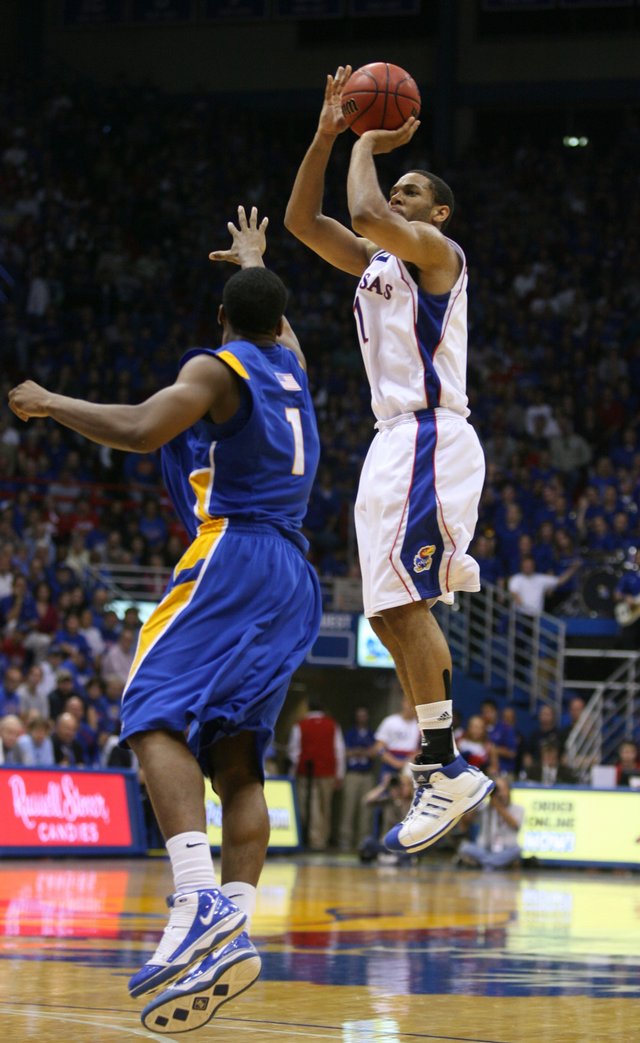 Kansas forward Xavier Henry elevates for a three-pointer over Hofstra guard Nathaniel Lester during the second half, Friday, Nov. 13, 2009 at Allen Fieldhouse. Henry scored 27 in his freshman debut.

It took much-hyped freshman sensation Xavier Henry all of one game to etch his name into Kansas University’s storied basketball record books.