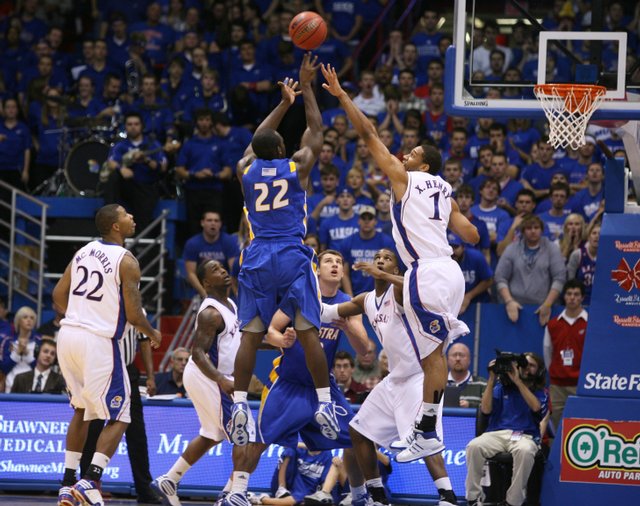 Henry made eight of 12 shots and five of eight three-pointers in his first game as a Jayhawk; Self announces after the game that Travis Releford will red-shirt.