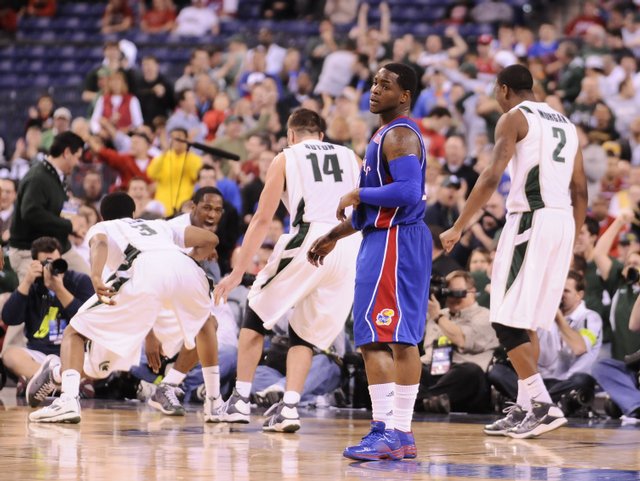 Kansas guard Sherron Collins looks back to the Kansas bench after fouling Michigan State guard Kalen Lucas on a made bucket late in the second half Friday, March 27, 2009 at Lucas Oil Stadium in Indianapolis.

This should be another posted picture in the locker room for the upcoming season. God loves you Sherron!