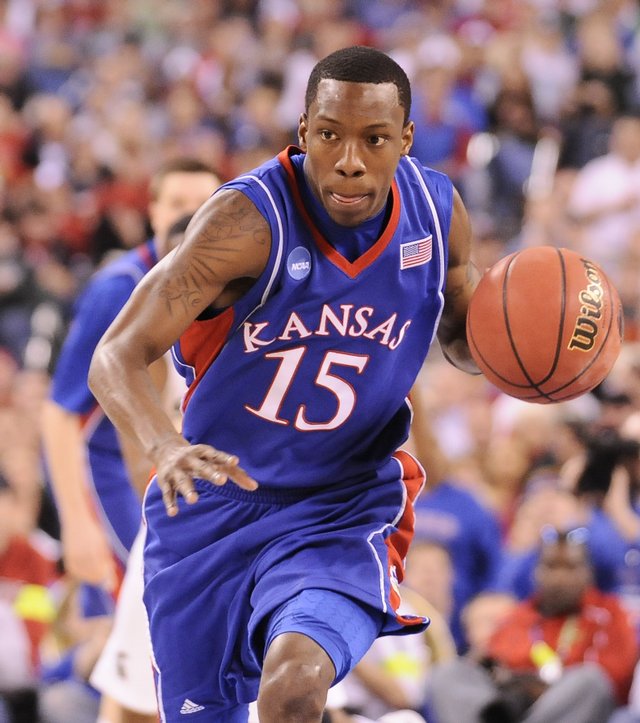 Kansas guard Tyshawn Taylor charges up the court after a steal during the first half Friday, March 27, 2009 at Lucas Oil Stadium in Indianapolis.

Kansas University sophomore basketball guard Tyshawn Taylor was involved — and injured — in an incident that broke out in front of Burge Union on the KU campus shortly after 6:30 p.m. Tuesday, a source confirmed Tuesday night.