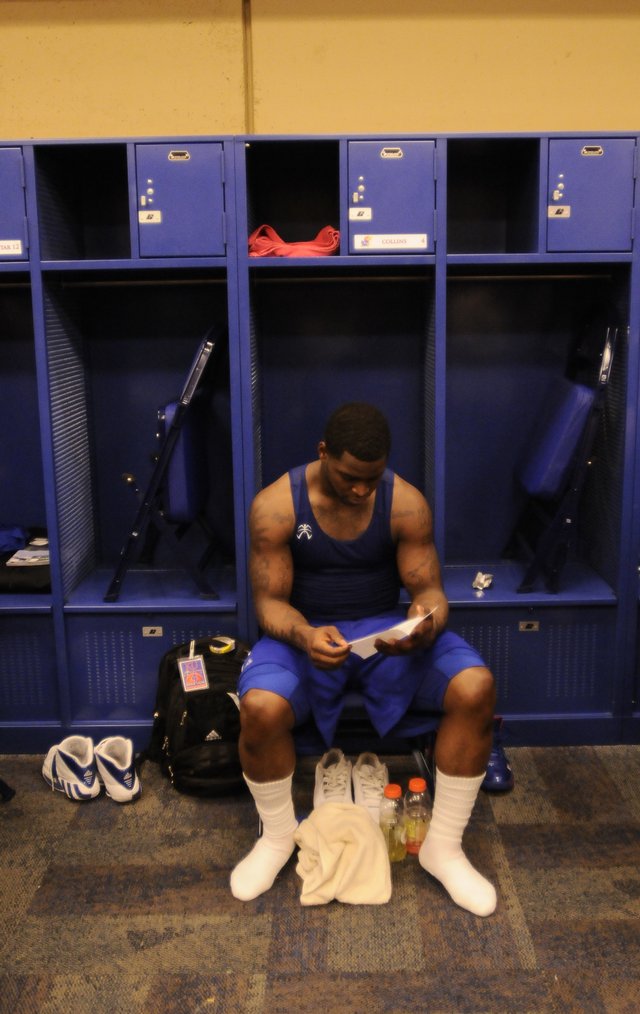 Pin it on Sherron Collins. That’s the easy way to go. He even begged for it in the wake of Michigan State’s come-from-behind, 67-62 Friday night knockout punch of Kansas University in Lucas Oil Stadium. “I don’t want to hear anybody talking about the young fellas, putting anything on them,” Collins said from a seat in front of his locker. “I can take whatever anybody wants to give me, but don’t dish it on them. Dish it all on me.”

this should be the picture hanging in everyone's locker for the 2009-2010 season.