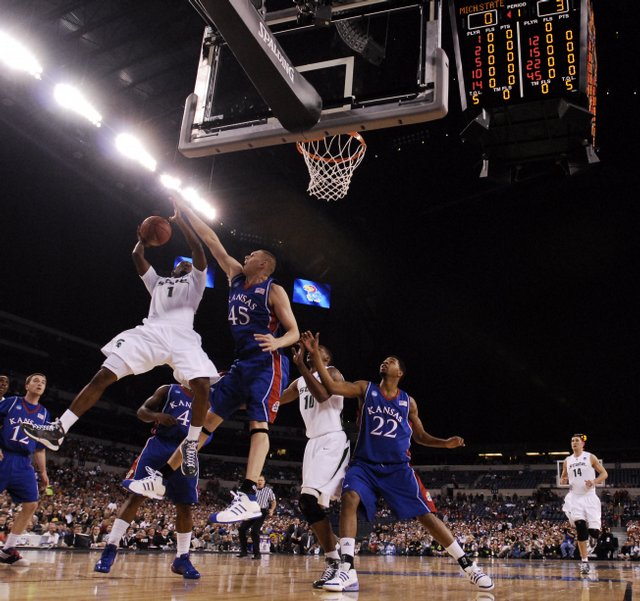 Kalin Lucas wasn’t planning his move. With the game tied, a minute left, and the shot clock winding down, he instead turned to instinct.