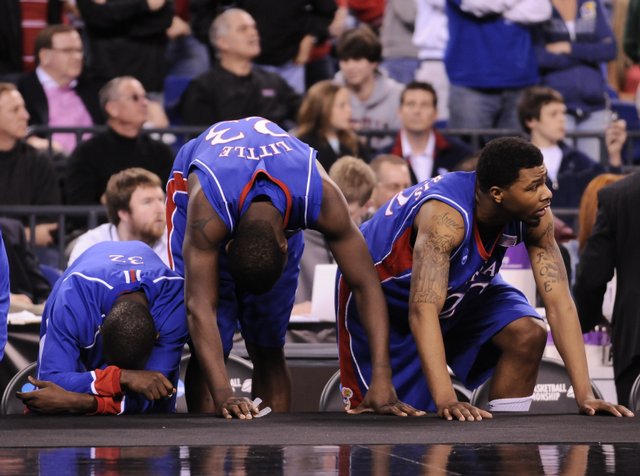 Kansas players, from left, Tyrone Appleton, Mario Little and Marcus Morris can't watch the final moments of the Jayhawks' loss to Michigan State during the second half Friday, March 27, 2009 at Lucas Oil Stadium in Indianapolis.

Down go the champs

In the end, a two-deep Kansas basketball team proved too shallow to advance to the Elite Eight of the NCAA Tournament.

The Spartans finished the game on a 12-2 run, ending the Jayhawks' season in the Sweet 16.