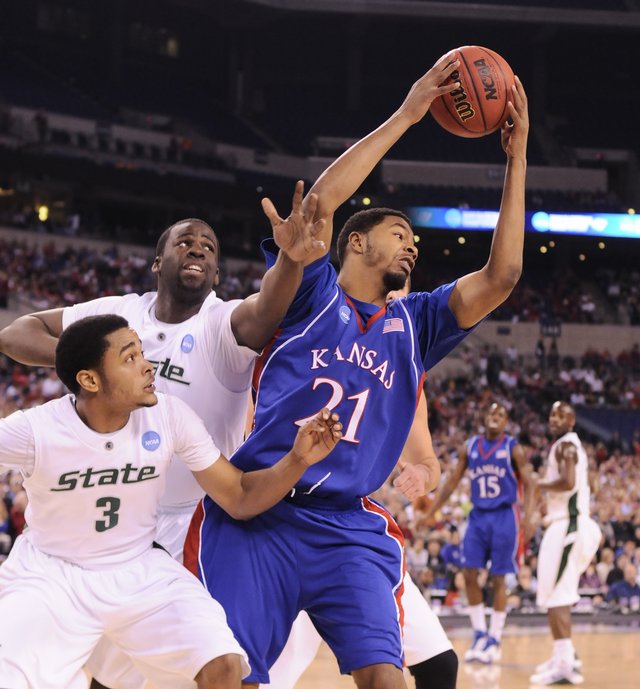 Kansas forward Markieff Morris rips a rebound away from Michigan State defenders Chris Allen, front, and Draymond Green during the first half Friday, March 27, 2009 at Lucas Oil Stadium in Indianapolis.