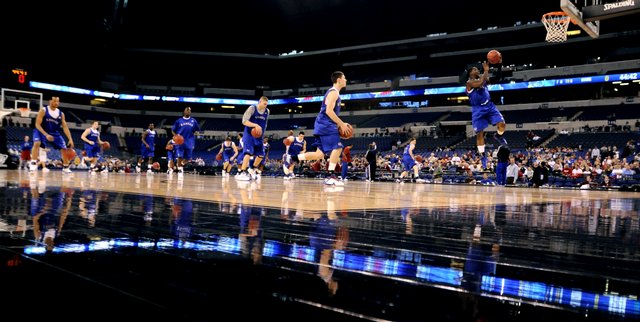 A procession of Jayhawks charge up the court during their first practice Thursday at Lucas Oil Stadium in Indianapolis.

Supporting actors need to step up

The talk du jour around the Kansas basketball team centers on the need for better performances from supporting actors, none of whom joined Sherron Collins and Cole Aldrich in producing a double-figures scoring effort in either of the victories in the first two rounds of the NCAA Tournament played in Minneapolis.