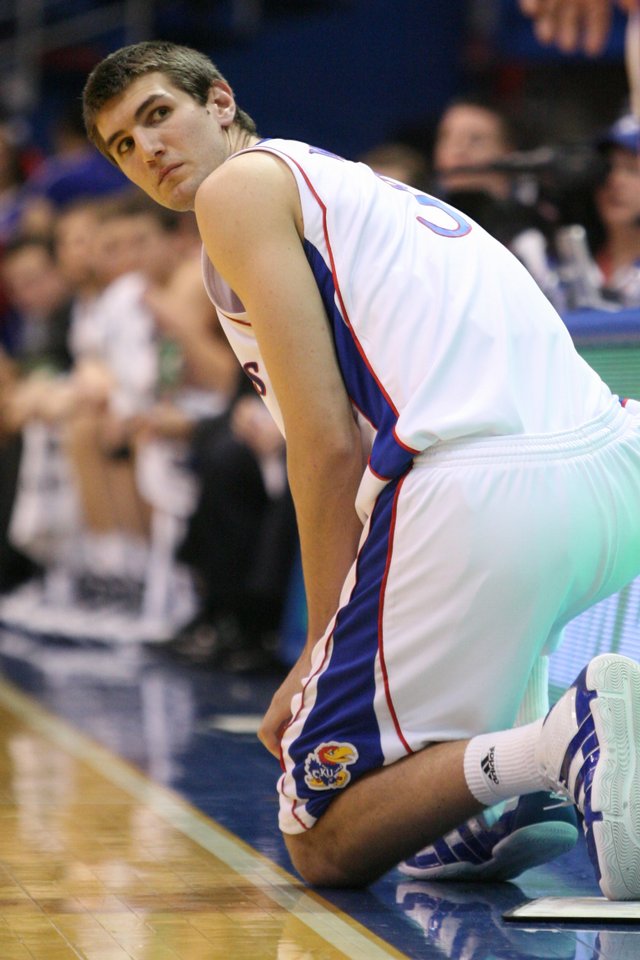 Kansas center Jeff Withey prepares to check in for the first time this season during the second half, Tuesday, Dec. 29, 2009 at Allen Fieldhouse.

Jeff Withey barely made it off the bench when he started his Kansas career and considered quitting the game. He since has tied Greg Ostertag as the Jayhawks' all-time top shot-blocker — and along the way made his late grandmother, Grace, quite proud. By Jesse Newell

Jeff Withey still isn’t sure he actually stepped foot on the Allen Fieldhouse floor during his first minutes as a Kansas University basketball player Tuesday.