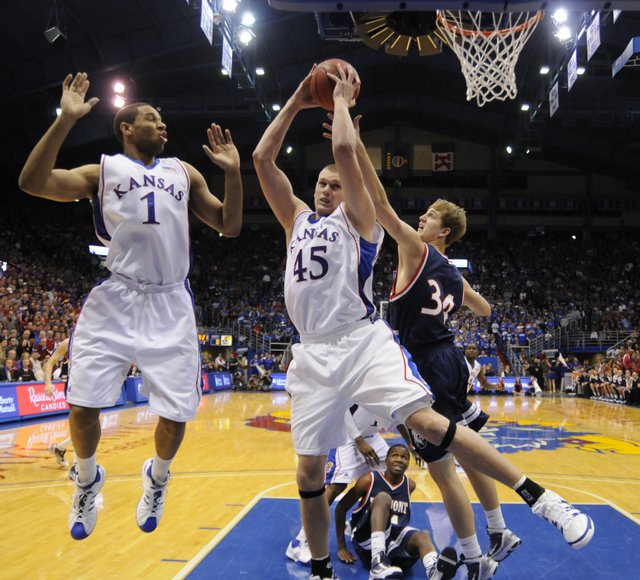 Kansas forward Xavier Henry backs off as center Cole Aldrich pulls a rebound away from Belmont forward Mitch Hedgepeth during the first half, Tuesday, Dec. 29, 2009 at Allen Fieldhouse.

No official word yet on Aldrich, Henry

Kansas University junior Cole Aldrich and freshman Xavier Henry aren’t yet ready to announce whether they’ll be in the NBA or back at KU next season, coach Bill Self said Tuesday at his season-ending news conference.

It wasn’t so funny at the time, not with Kansas University’s basketball team struggling mightily against tiny Belmont.