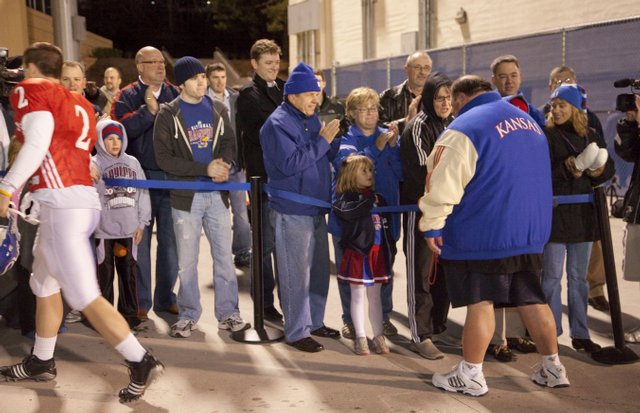 KU coach Mark Mangino greets KU fans who turned out to support the football team, which heads into its final game of the season against Missouri at Arrowhead Stadium Saturday, Nov. 28, 2009. Former KU coach Don Fambrough organized the event, which drew a couple hundred supporters to greet the team after its practice Wednesday evening.