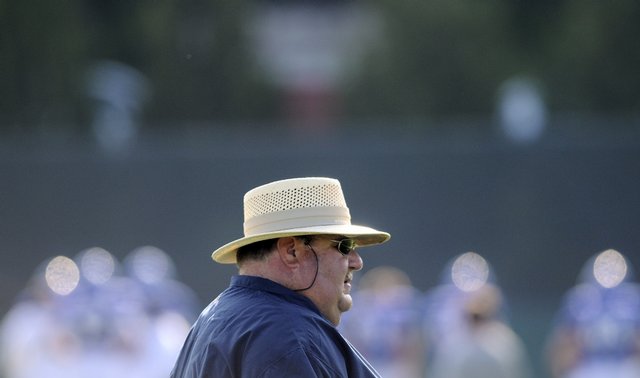 Locate that calendar on your desk or refrigerator, in your pocket or computer. Circle the date Nov. 8, 2014. It marks the day Mark Mangino returns to the stadium that the vast majority of Kansas University football fans wish he never had left. By Tom Keegan

Documents show what it looks like when Mangino loses his temper

Coach accused of berating student parking employee in 2007, has not had a ticket since

The summer before Kansas football would embark on its most successful season in history, the team’s coach would be accused of verbally berating a KU student who had issued him the latest of nearly two dozen tickets for illegally parking in a loading zone near his office.

The Jayhawks’ football program has been turned around, but players say coach Mark Mangino has remained the same

Kansas University football players say coach Mark Mangino hasn't changed much, though the program sure has.