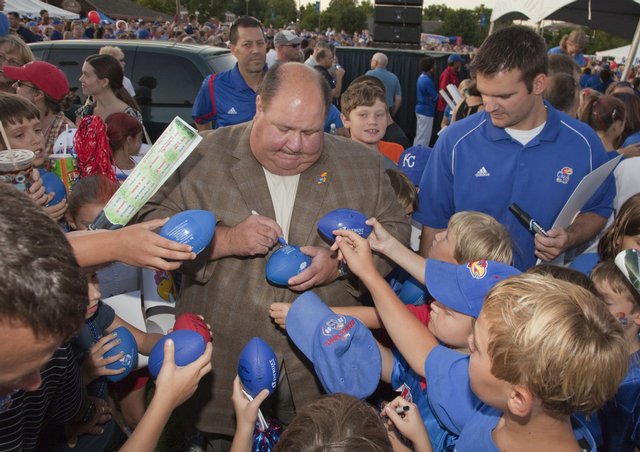 KU’s Self not fazed by Memphis ruling

A day after the NCAA ruled to vacate each of the Memphis men’s basketball team’s 38 victories during the 2007-08 season due to the use of an ineligible player, Kansas University coach Bill Self offered his take on the ordeal during Friday’s KU Football Kickoff at Corinth Square.