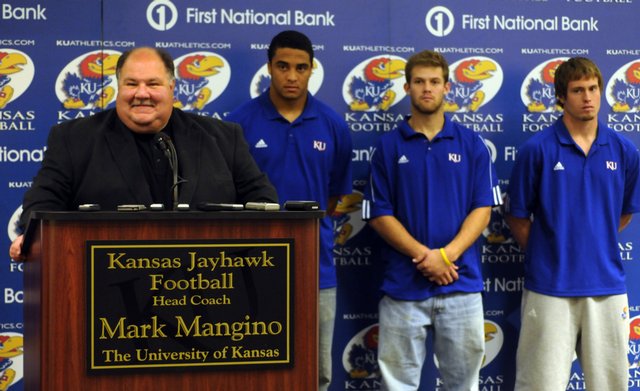 KU football coach Mark Mangino smiles during Friday's press conference where KU officially announced its plans to accept a bid into the Insight Bowl. Behind him are players, from left, James Holt, Todd Reesing and Jake Sharp.

As the Kansas University football team makes its final preparations for its Dec. 31 Insight Bowl matchup with Minnesota, bowl representatives are simultaneously working to make sure the teams’ visits to the desert are memorable.

KU to play in Arizona on New Year’s Eve

On Friday, KU started selling tickets for the game to the Insight Bowl on Dec. 31 in Tempe, Ariz. Big 12 Conference officials said the arrangement was all but official.