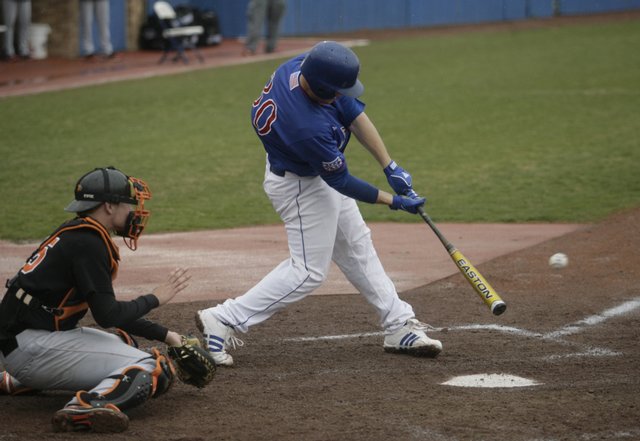 Kansas University's Buck Afenir reaches down to get after a pitch during the game against Oklahoma State on Sunday, April 12, 2009, at Hoglund Ballpark. Afenir hit the pitch, driving in a pair of Jayhawks and giving KU a 2-1 lead early in the game.

Kansas University catcher Buck Afenir, who just finished his senior season as a member of the Kansas University baseball team, signed a free agent contract this week with the New York Yankees' organization.