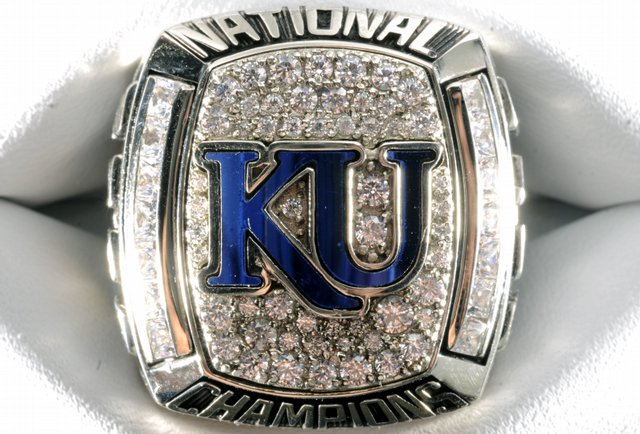 Brandon Rush removed his shiny, new national championship ring from a fancy black box, proudly displaying his prized possession to a handful of reporters Friday night in Allen Fieldhouse. "It's beautiful as you can see," Rush, leading scorer on Kansas University's 2008 NCAA title team said after a 21â2-hour banquet in which rings were distributed to the 2007-08 Jayhawk players and coaches.