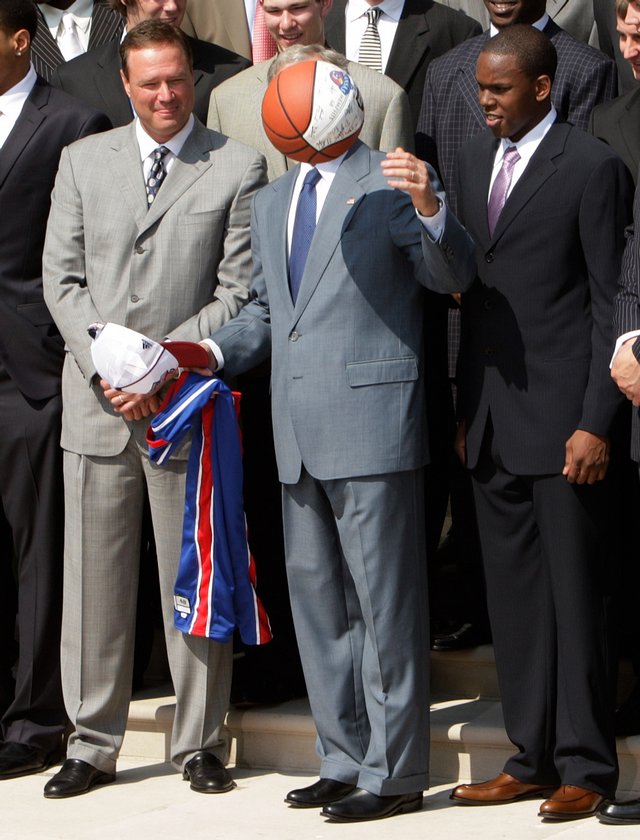 Question his policies or debate his legacy all you want. At least give President Bush props for this: He knows his Jayhawks. Or at least his speech writers do. During a brief ceremony Tuesday at the Rose Garden, Bush honored the 2008 men's basketball national champions.