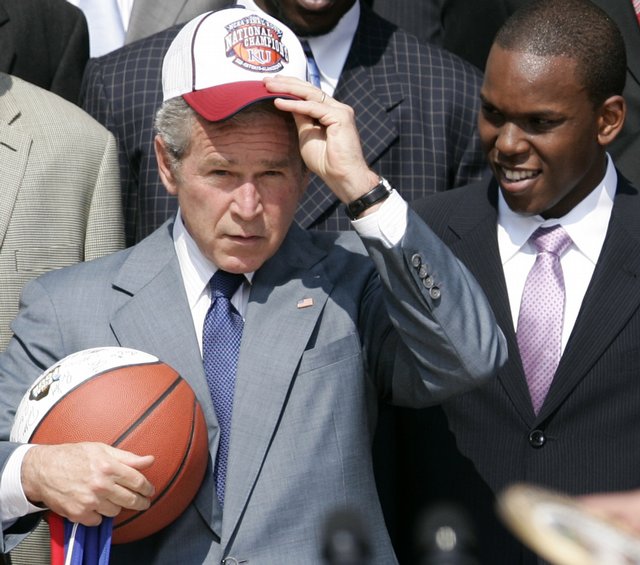 President Bush stands with Kansas basketball guard Russell Robinson, right, as he puts on a hat during a ceremony in the Rose Garden of the White House in Washington, Tuesday, June 3, 2008, to honor the 2008 NCAA men's national basketball championship team from the University of Kansas.