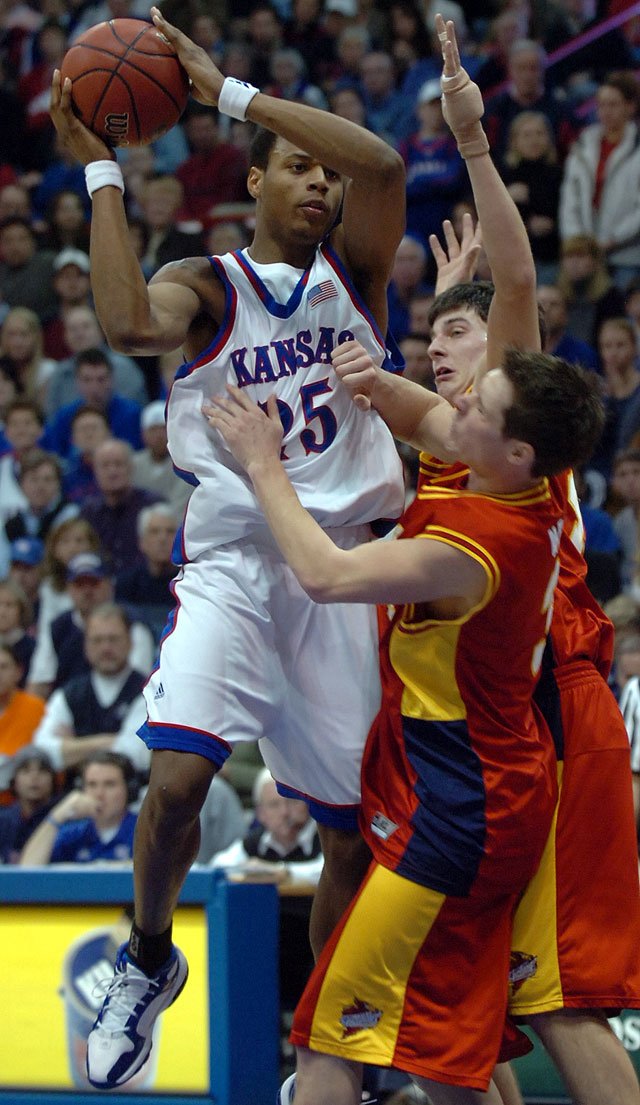 Kansas University's Brandon Rush - shown here driving against Iowa State's John Neal - on Tuesday was named to the AP's All-Big 12 second team and was tapped player of the year in District VI.