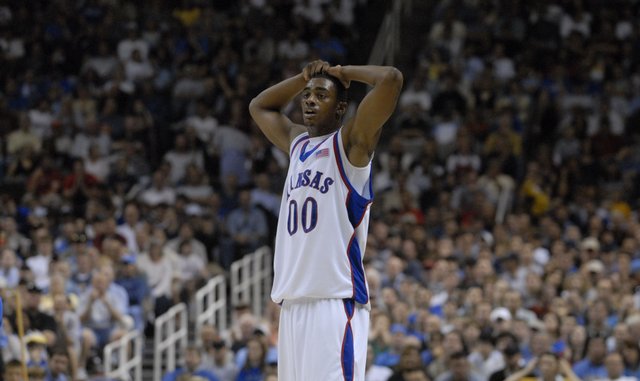 Kansas' Darrell Arthur grabs a breather as UCLA leads in the second half on Saturday at the HP Pavilion in San Jose, Ca.

Kansas University point guard Sherron Collins looks back on March 24, 2007, as one of the darkest days of his basketball career.

Kansas University men's basketball coach Bill Self announced Friday afternoon that sophomore forward Darrell Arthur, who in late June secured a spot on the USA U19 national squad, will be out four to six weeks after MRI results revealed a stress fracture in his left leg.