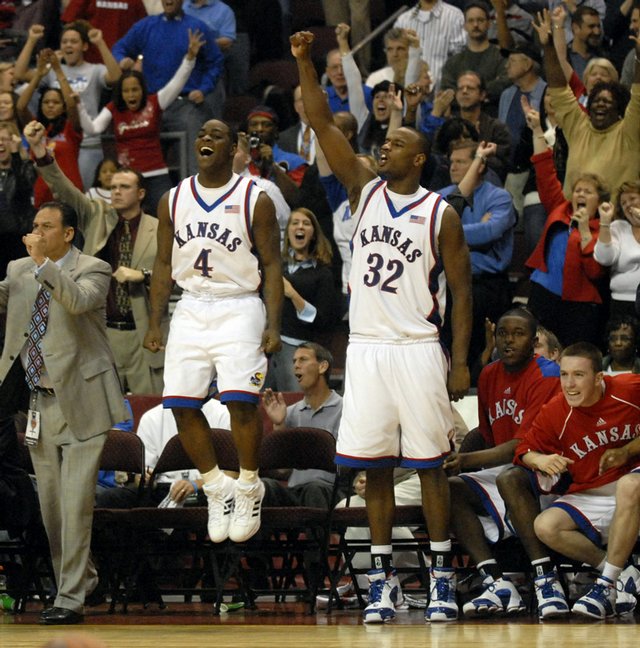 'Ju' to the rescue

Deemed the Most Valuable Player on the basketball court at the Las Vegas Invitational, Julian Wright also was the behind-the-scenes leader for Kansas University's men's basketball team. Wright, KU's vibrant sophomore forward from Chicago, was the Jayhawk whose voice echoed loudest during an impromptu players-only meeting late Friday night in a Renaissance Marriott Hotel hallway - a meeting that might have sparked the Jayhawks to play with such passion in Saturday night's pulsating 82-80 overtime victory over top-rated Florida.