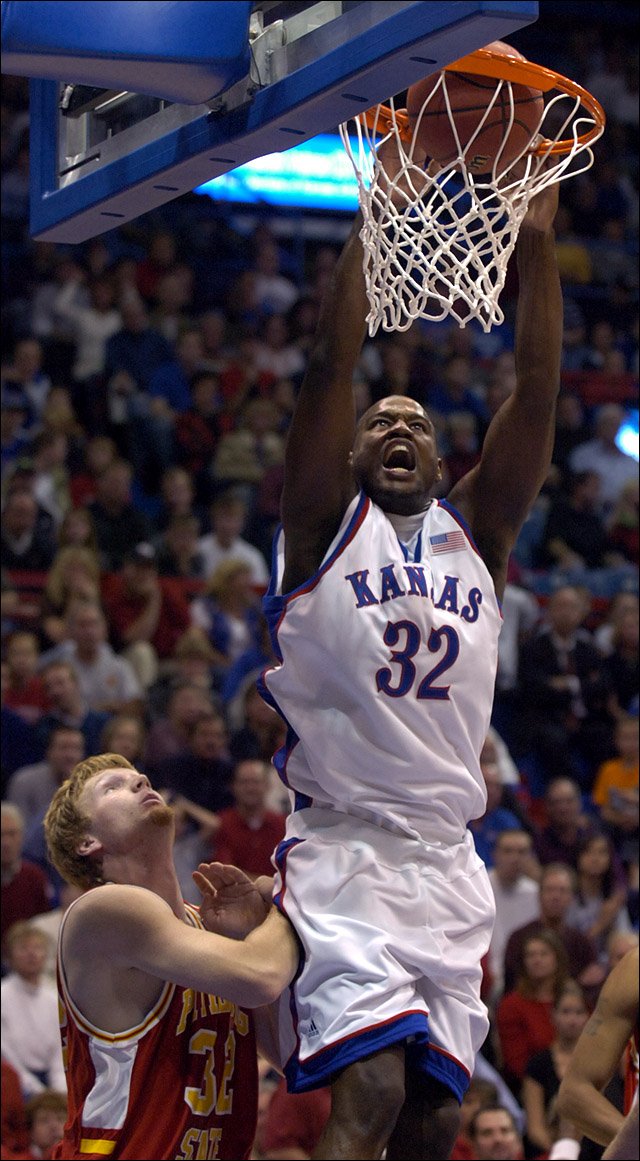 Kansas university's Darnell Jackson (32) dunks ahead of Pittsburg State's Justin McCoy in the first half of the Jayhawks' 73-47 victory over the Gorillas. Jackson, in his first appearance of the preseason, had seven rebounds and eight points Monday in Allen Fieldhouse.