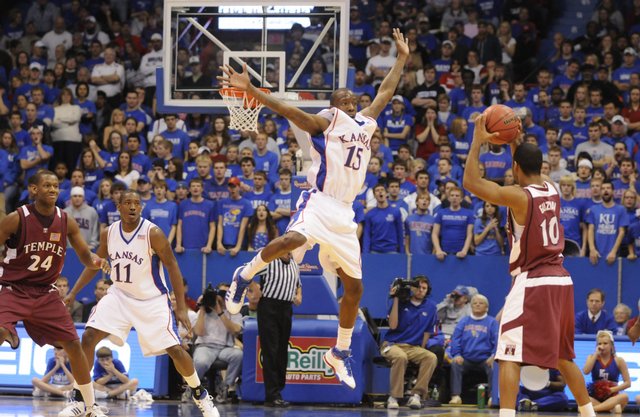 Kansas guard Tyshawn Taylor goes airborne to defend against a pass by Temple guard Luis Guzman during the first half Saturday at Allen Fieldhouse.

Kansas freshman guard Tyshawn Taylor was named the Phillips 66 Big 12 Rookie of the Week on Monday, marking the second time in three weeks that Taylor has won the award and just the 14th time a Jayhawk has won it in the history of the Big 12.