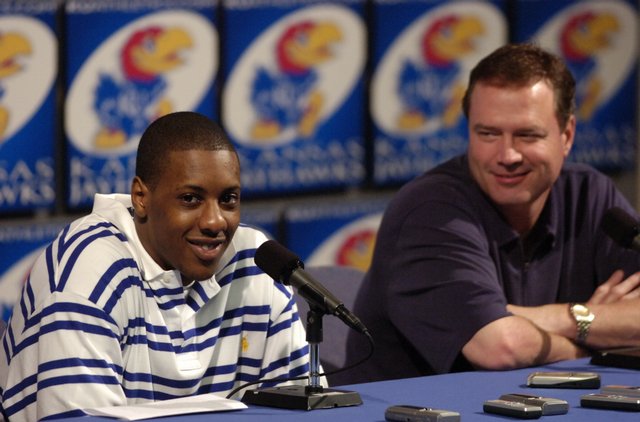 Kansas University junior Mario Chalmers - who 21â2 weeks ago hit the biggest shot in KU basketball history - may have hoisted his last jumper in college. Chalmers, whose clutch three-pointer sent KU's 75-68 NCAA championship victory over Memphis into overtime, on Wednesday announced he's entering the 2008 NBA Draft without an agent.