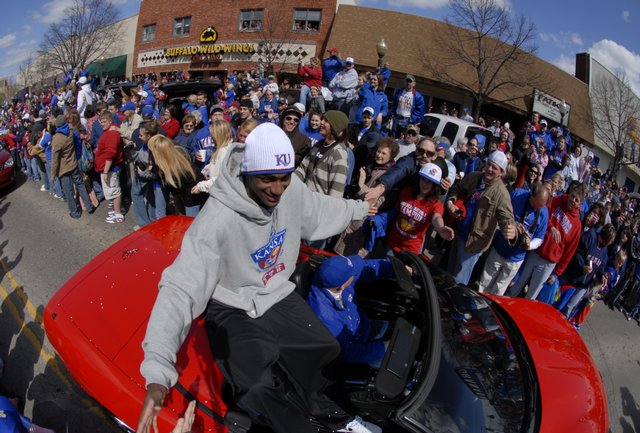 Kansas' Darrell Arthur greets thousands of fans during a parade for the National Champion Jayhawks on Sunday, April 13, 2008 in downtown Lawrence, Kan.

Former Kansas University basketball power forward Darrell Arthur has confirmed he will be playing in the Legends of the Phog alumni exhibition game at 4 p.m., Sept. 24, in Allen Fieldhouse.

The $6,400 question: Should KU Athletics be reimbursed?

The weeklong celebration that engulfed Lawrence after the Kansas University Jayhawks won the national basketball championship didn't come without a price. The final tally: more than $130,000 for the city and KU, most of it spent on police.