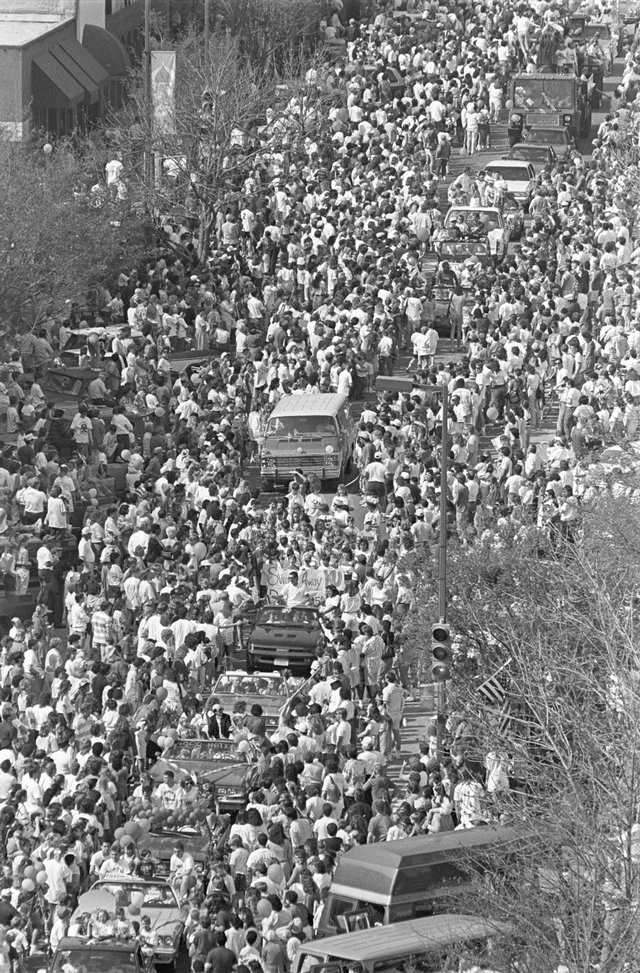 Some 60,000 people pack Massachusetts Street in downtown Lawrence to celebrate Kansas University's 1988 Men's NCAA Basketball Championship. For Sunday's parade - a celebration of the 2008 title -organizers are expecting up to 100,000 people, and the parade route has consequently been extended southward on Massachusetts Street all the way to 19th Street, then westward to Naismith Drive.