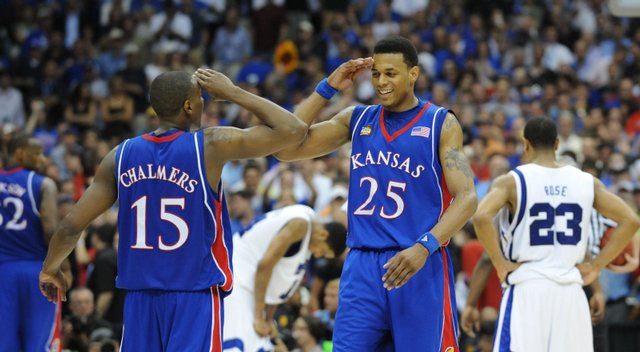 Kansas guard Mario Chalmers and Brandon Rush salute each other in overtime Monday, April 7, 2008 at the Alamodome in San Antonio.

On a night when the current Kansas basketball team can help clinch a share of a record-tying 13th Big 12 regular season title, one former Jayhawk who played a huge role in delivering three of those titles will share the spotlight with the 2016-17 team. By Matt Tait