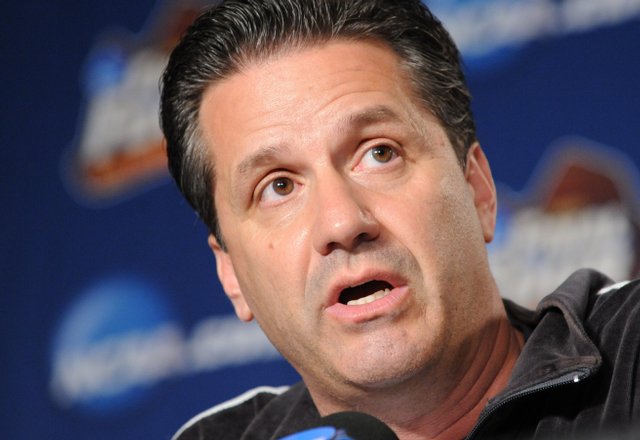 Current Kentucky coach John Calipari responds to a question during a news conference at the 2008 Final Four when he was still coach at Memphis.

Kansas University — in contrast to Kentucky — has been riding a wave of positive pub concerning its recent men’s basketball academic achievements. The Jayhawks recorded a 2.95 GPA for the fall semester after recording a 3.00 in the spring of 2009.

It's called the dribble-drive motion offense, a type of rim-crashing attack that Memphis basketball coach John Calipari adopted five years ago. Since that time, he has tweaked it and, more importantly, recruited the perfect players to make it work.