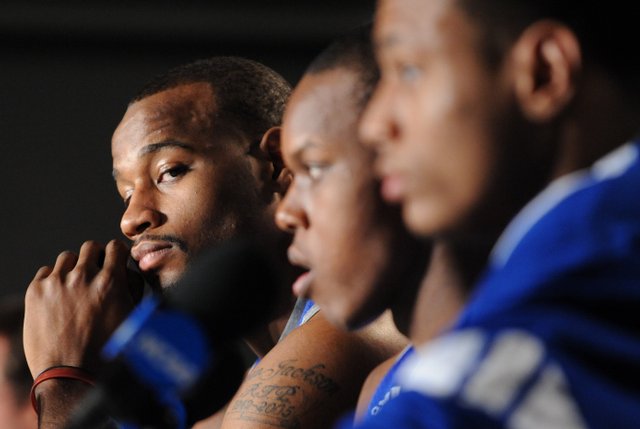 Kansas forward Darnell Jackson, left, peers down the table as he and his teammates sit for questions during an afternoon of interviews. The Jayhawks met the press Sunday, eve of tonight's NCAA national title game against Memphis at the Alamodome in San Antonio.

Bill Self was in the building the last time Kansas University won a national basketball championship. "My seats were really bad. They were up at the top," Self, KU's fifth-year coach, said with a grin.