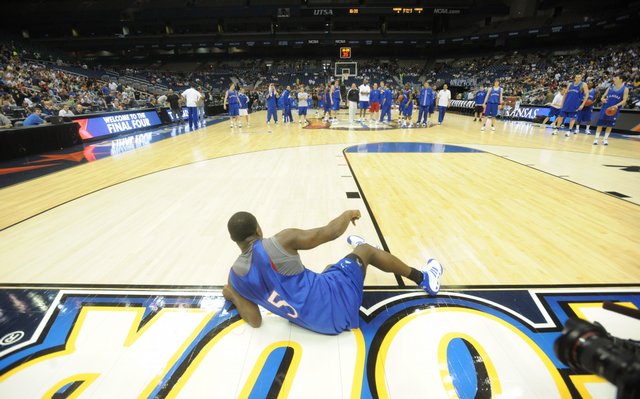 Kansas guard Rodrick Stewart calls attention to his right knee as he lays on the baseline Friday, April 4, 2008 at the Alamo Dome in San Antonio.