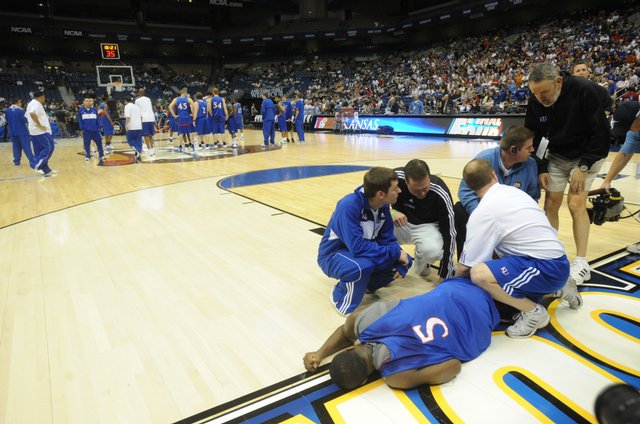 Kansas guard Rodrick Stewart (5) pounds his fist on the ground as coach Bill Self and trainers tend to Stewart's right knee. Stewart fractured his right kneecap during a dunk drill, ending his season.

Rodrick Stewart slipped on a wet spot on the Alamodome floor as he went up to attempt an acrobatic slam dunk at the end of Kansas University's shootaround Friday afternoon. Just like that, the senior's college basketball career was over.