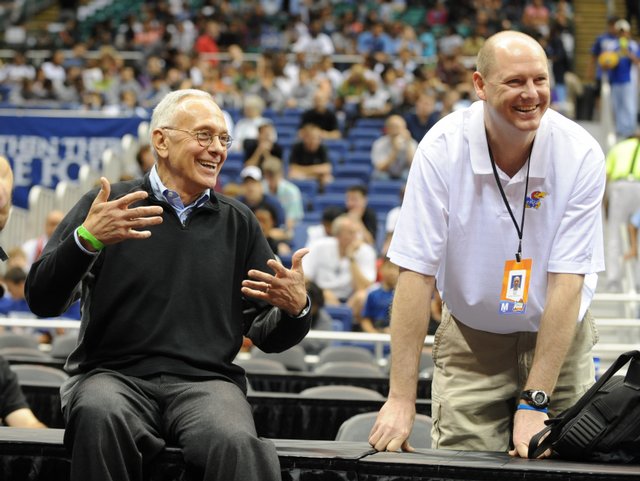 Larry Brown, left, chats with Chris Piper, who played on the 1988 National Championship Kansas team. Brown made his rounds with friends, formers co-workers and players during team practices for the Final Four on Friday, April, 4, 2008 at the Alamo Dome in San Antonio, Texas.