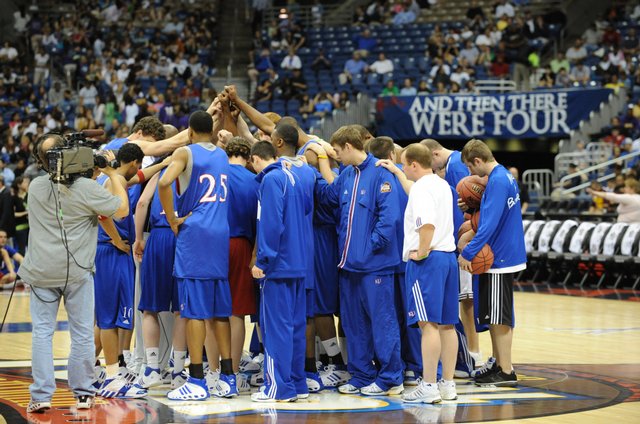 The Kansas Jayhawks huddle at center court before practice Friday at the Alamodome in San Antonio. KU meets North Carolina at 7:47 tonight in the Final Four of the NCAA Basketball Tournament. Watch it on CBS, Sunflower Broadband channels 5, 13, 201.

Got a game plan? Get in the door early, be prepared for rules

Downtown Lawrence is going to be anything but business as usual for this evening's NCAA Final Four game between Kansas University and North Carolina.