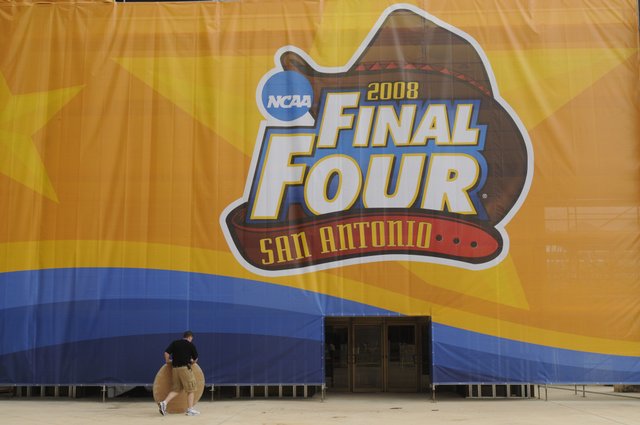 Event workers roll tables into the Hilton Hotel, which is shrouded in a two-story banner welcoming NCAA basketball fans to San Antonio, Tx., for the Final Four on Thursday, April 3, 2008. The southern Texas city bustled with activity as basketball fans arrived two days before the semifinal games basketball games between Kansas and North Carolina, and Memphis and UCLA.