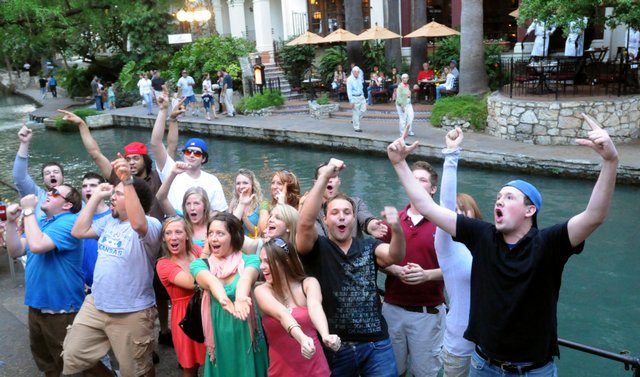 Members of the Kansas University basketball band and cheer squad break into the Rock Chalk Chant for a television crew along the Riverwalk in San Antonio. KU fans spread their Jayhawk cheer Thursday in anticipation of Saturday's Final Four game against North Carolina.

Love and honor, sure - but respect?

When Jonathan Wingate and Hilary Smith get married this June, the church will be decked out in two hues of blue. The colors are commonly known as royal blue and light blue, but the happy couple know the colors by a slightly different description: Kansas blue and (North) Carolina blue. Uh oh.