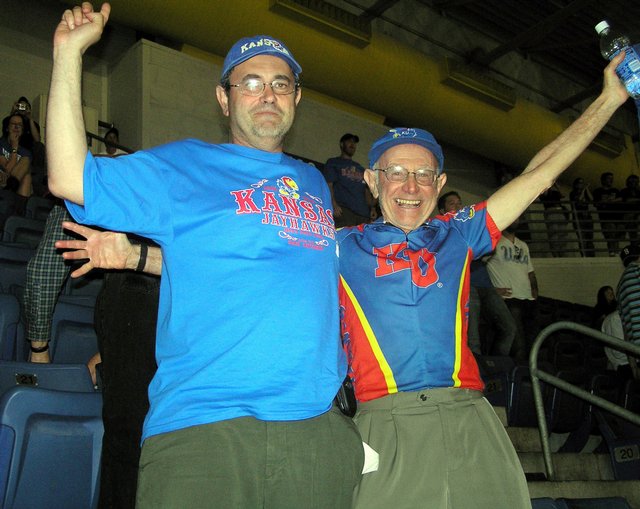 Pictured at left is Alec Richards of Albuquerque, NM and father Peter Richards of Salem, Oregon at the end of Monday night's game (photo taken by a UCLA fan in the Alamodome). The two lived in Lawrence in the 1960's when the elder Richards taught physics at KU and have remained die-hard Jayhawk fans ever since.

Aftermath of victory can make you forget priorities

This basketball season has been a memorable year of reunions for my myself and family. It began last Thanksgiving when my sister spearheaded a trip to bring us all together for the first time in 18 years, meeting in Albuquerque, NM.