Back to photo galleries 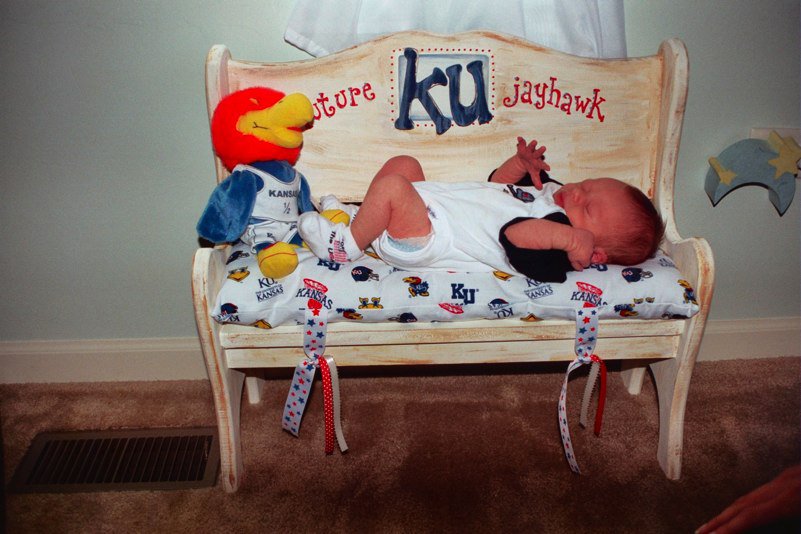 The newest future Jayhawk - Getting ready for 2007 Football Season 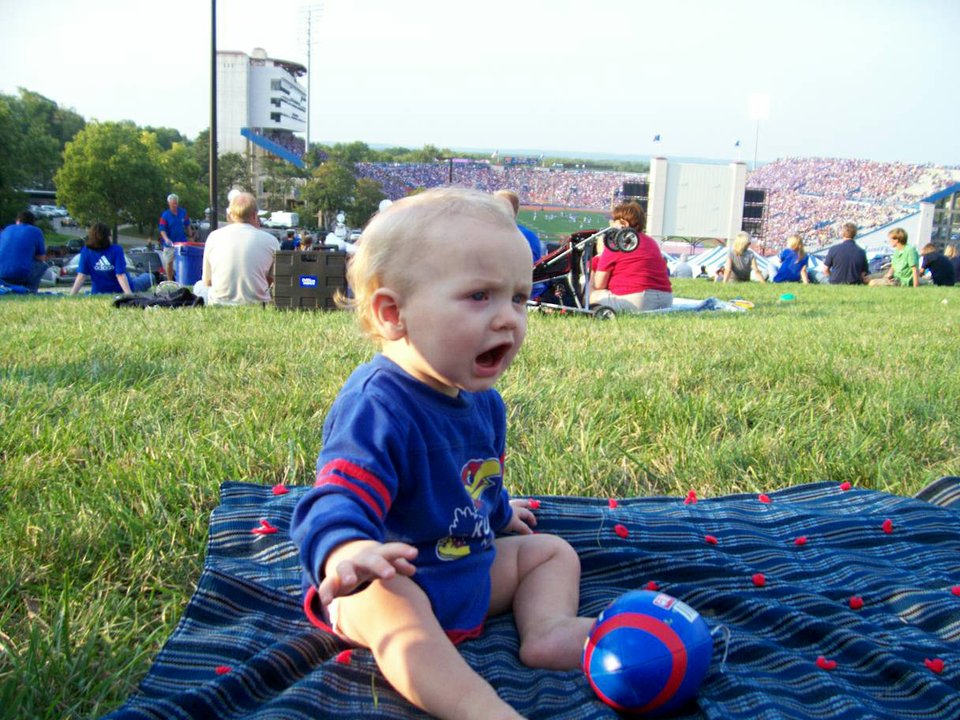 Sam gives a few words of encouragement to the Jayhawks as they battle with La.-Monroe 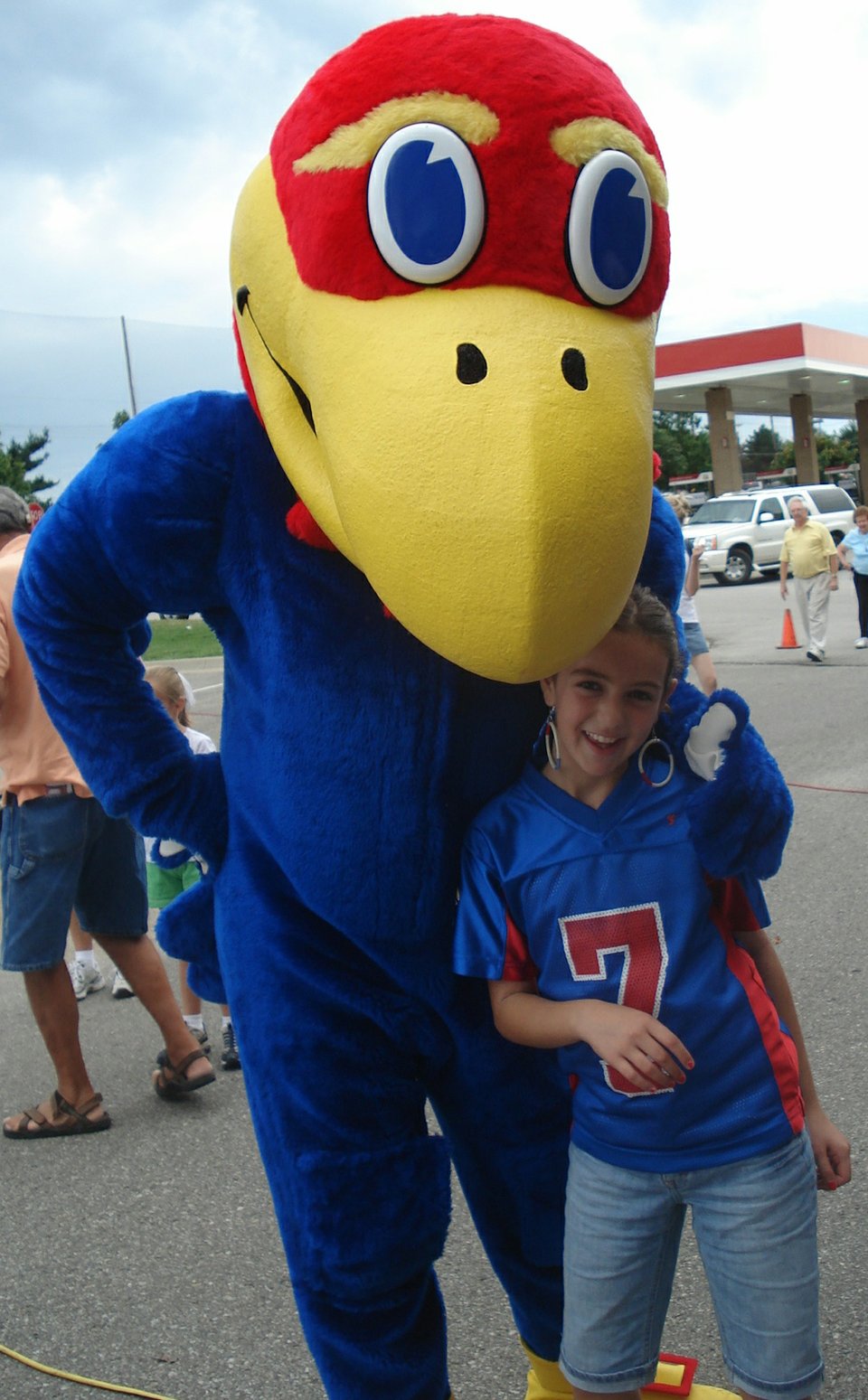 Shari and Big Jay at the football kickoff at Edwards Campus August 24th. "He sure ... 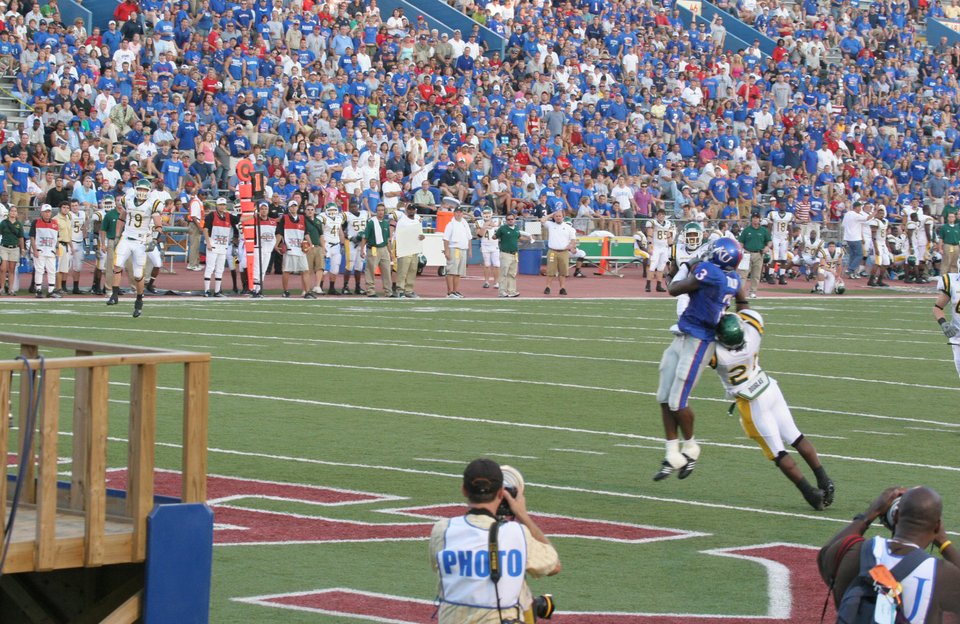 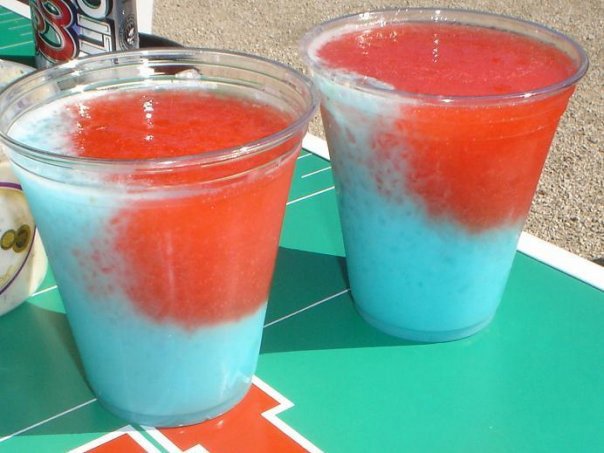 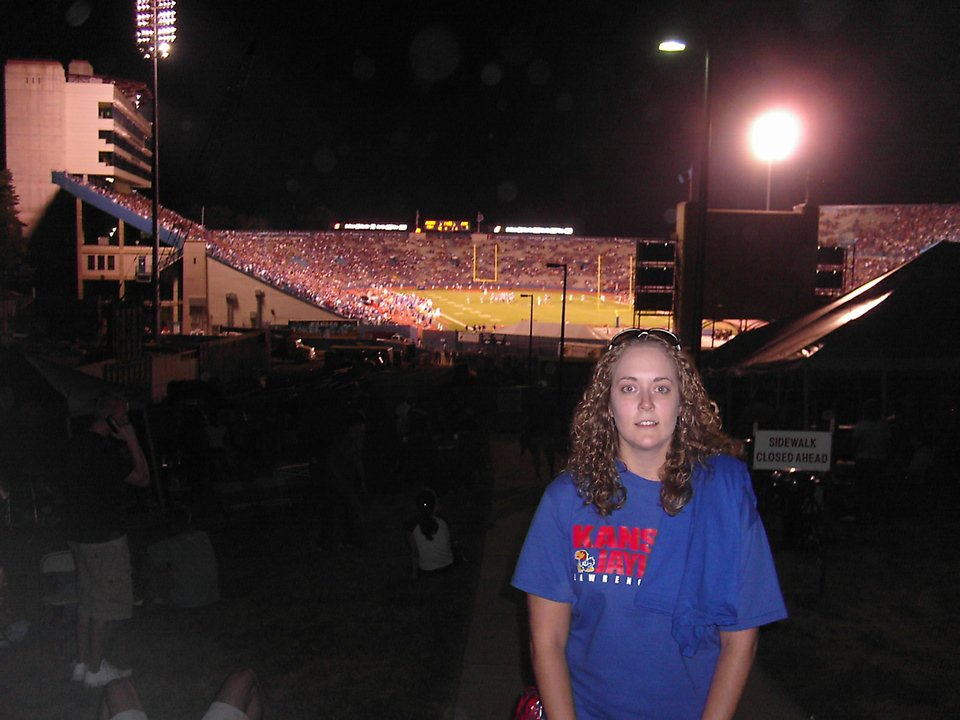 Nicole leaving early! It was 62-0 people! 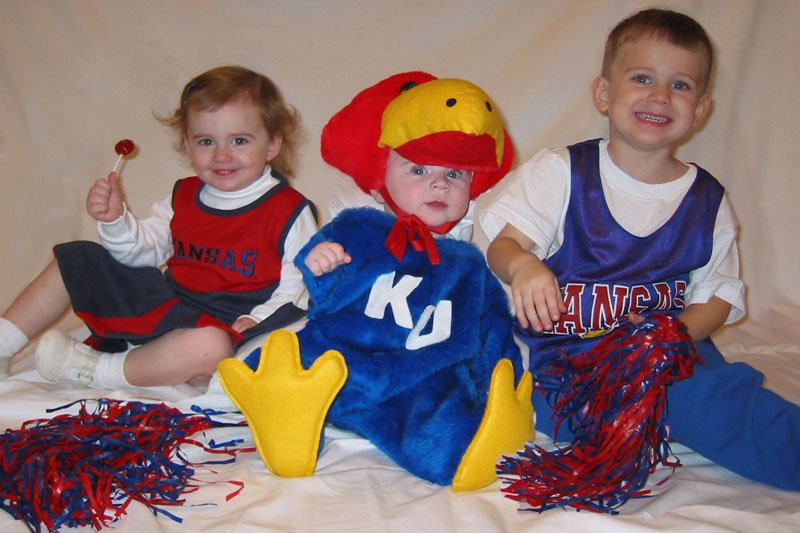 Paul, Katie and Matthew show off their Jayhawk spirit. 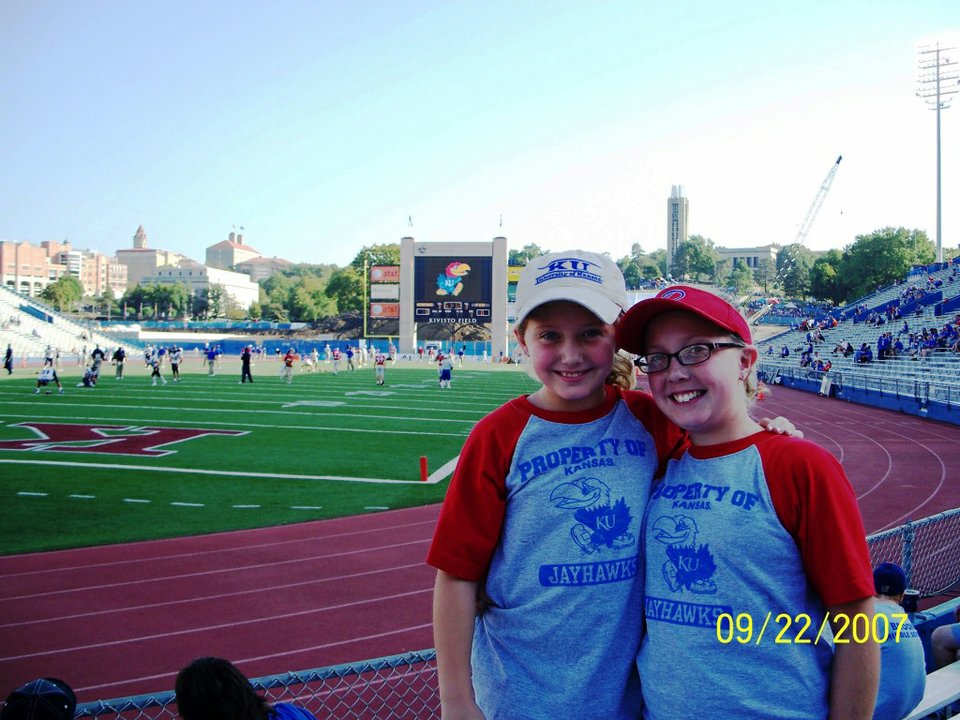 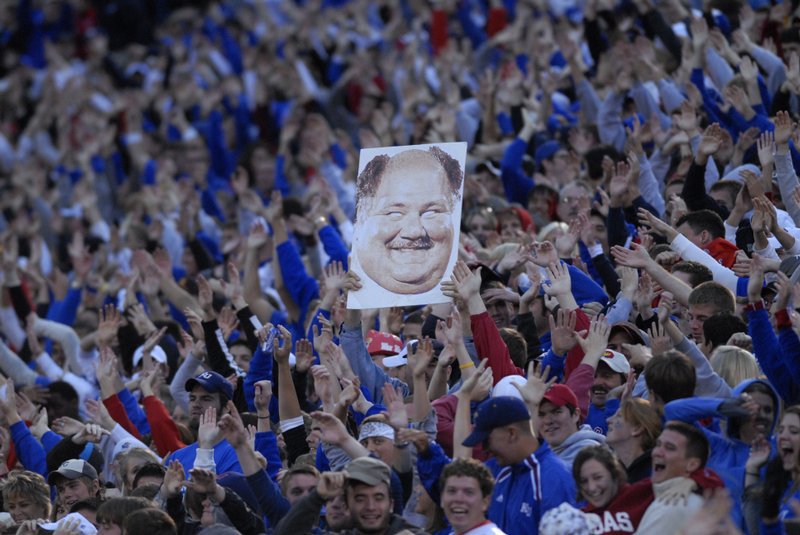 The crowd gets pumped when I bring out the Giant Mangino Head. 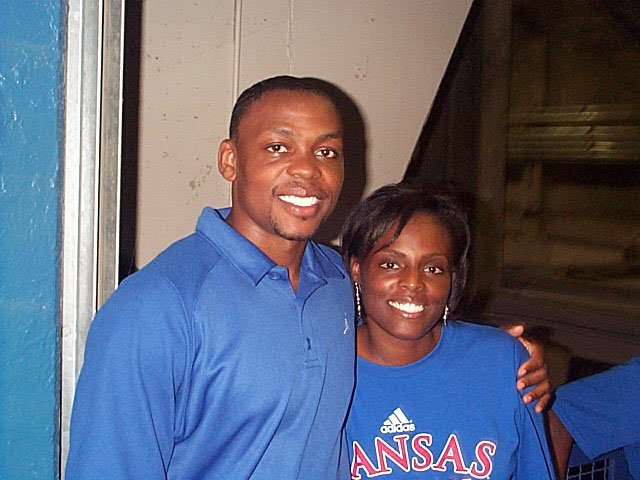 Noah and Janelle Strozier at the Southeast Louisiana Game. 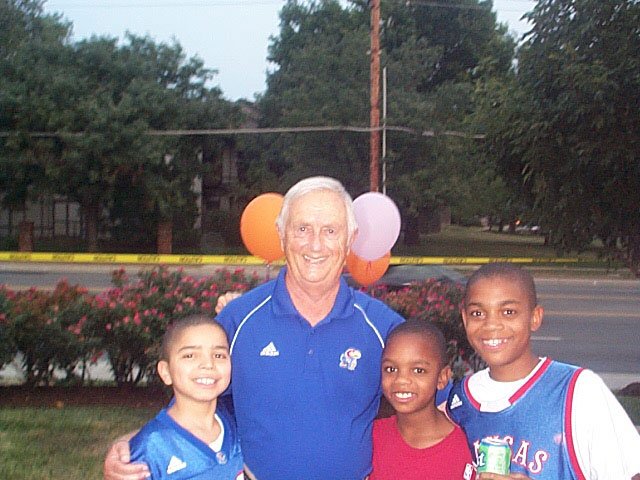 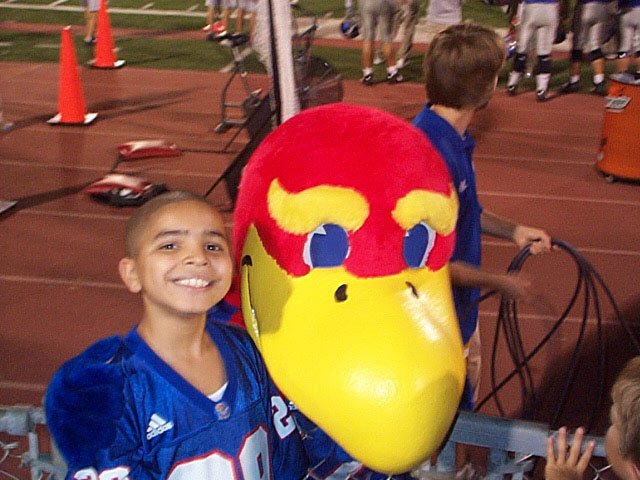 Nicholas Mora and Baby Jay at the Southeast Louisiana game. 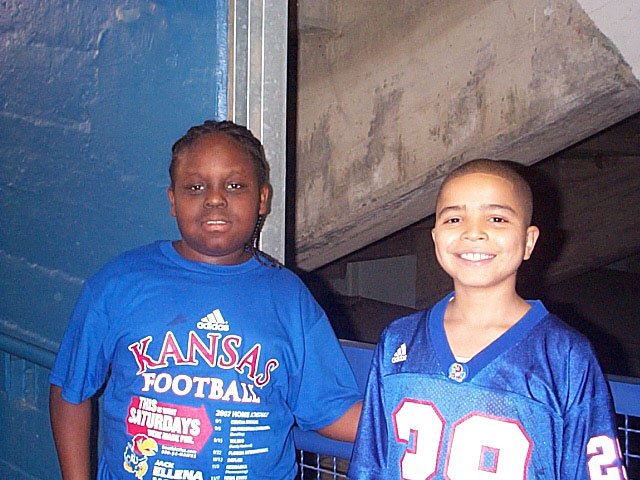 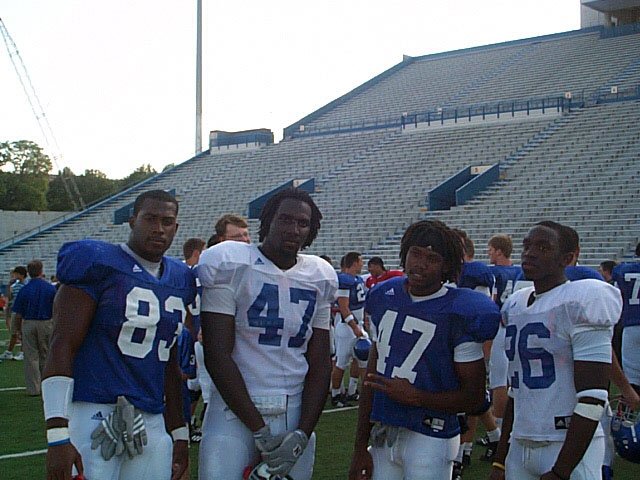 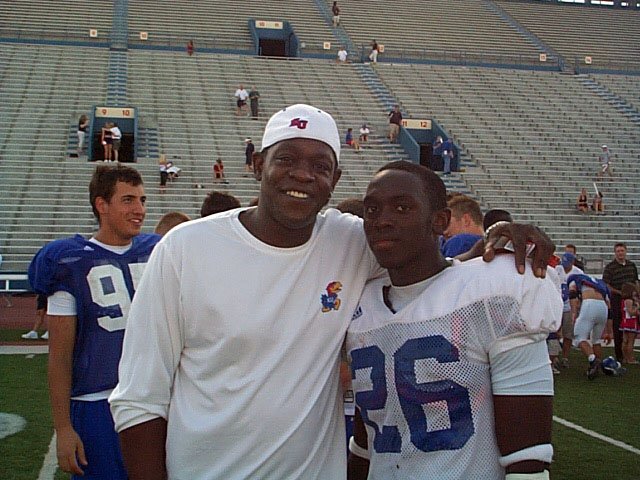 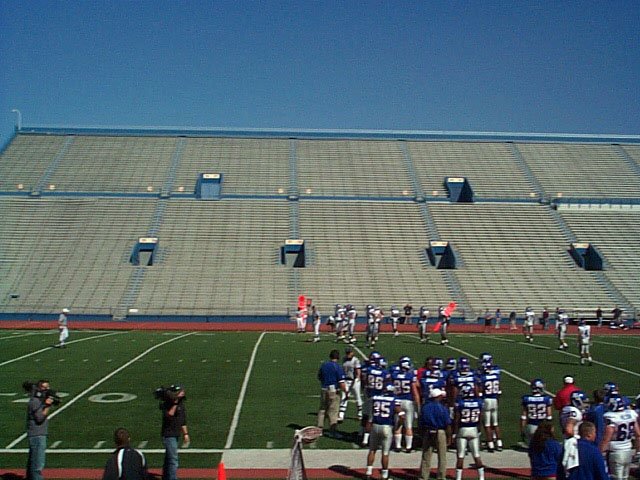 The offense takes the field during the 2007 Spring game. 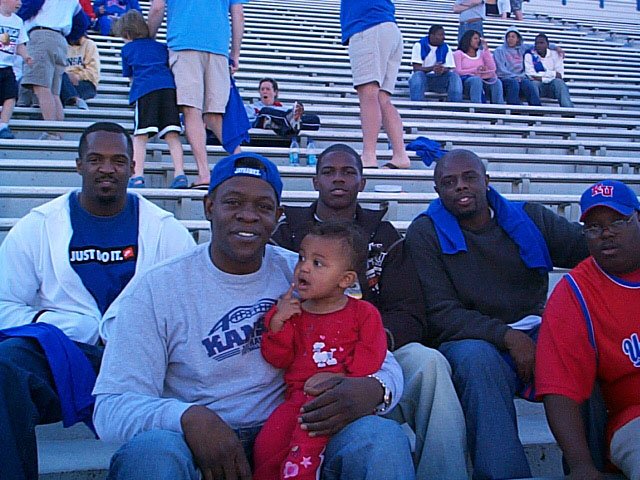 The Strozier family at the 2007 Spring game. 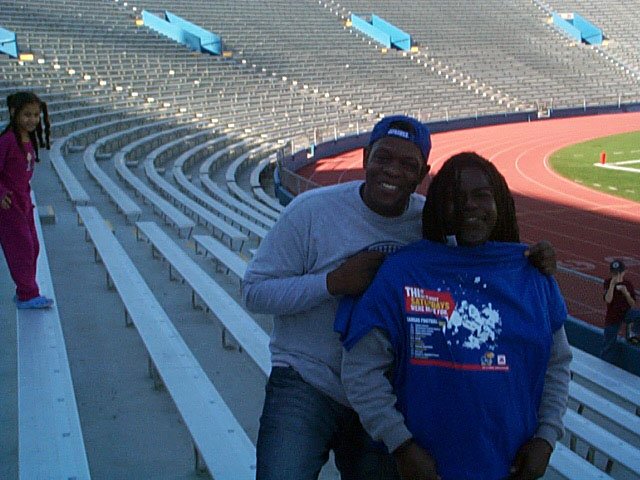 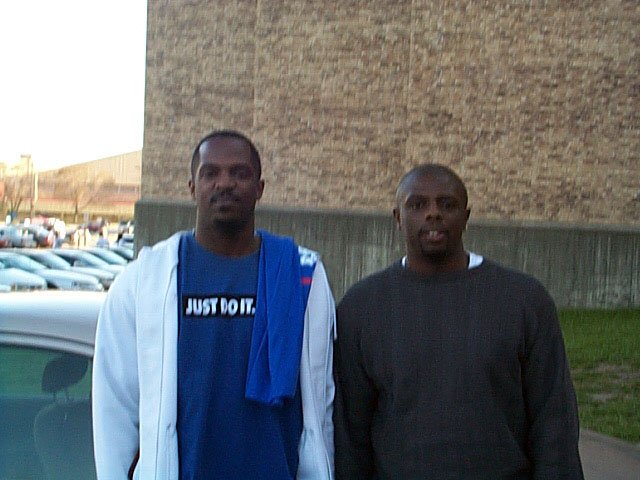 Brothers hanging out after 2007 Spring game. 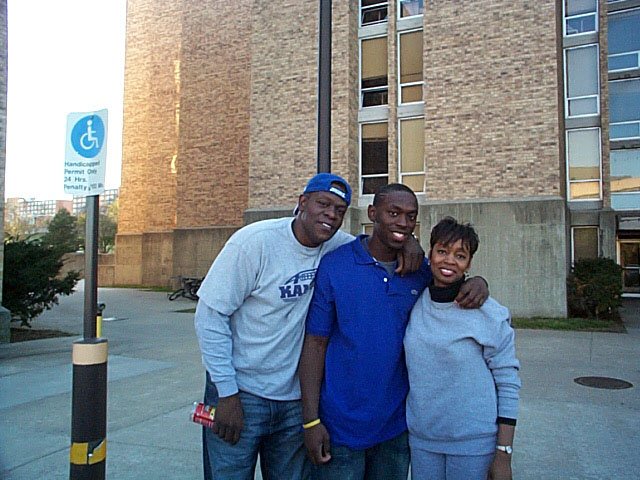 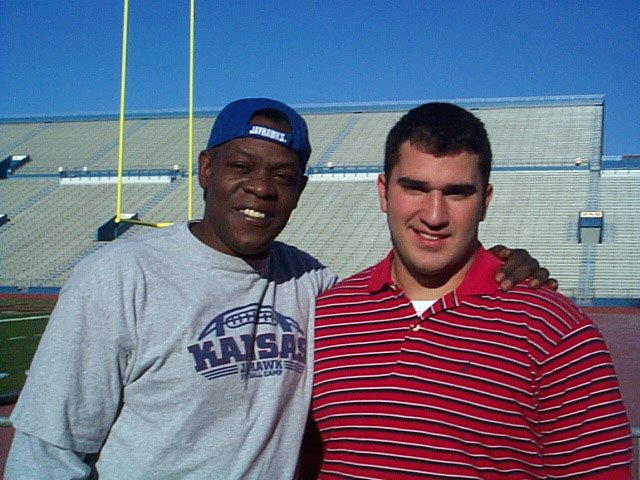 Mr. Strozier and Sal Capra at the 2007 Spring game. 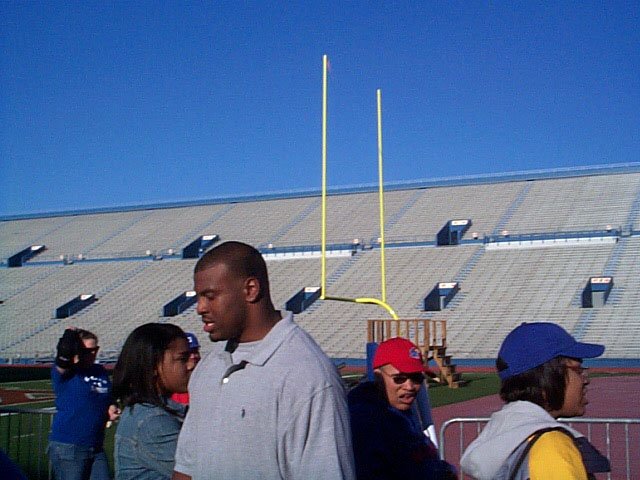 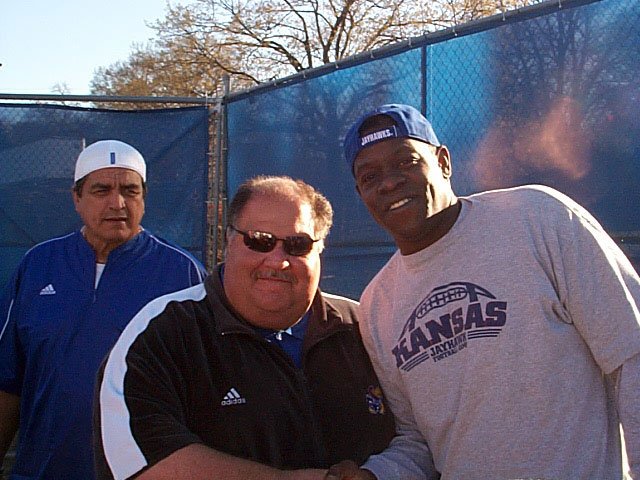 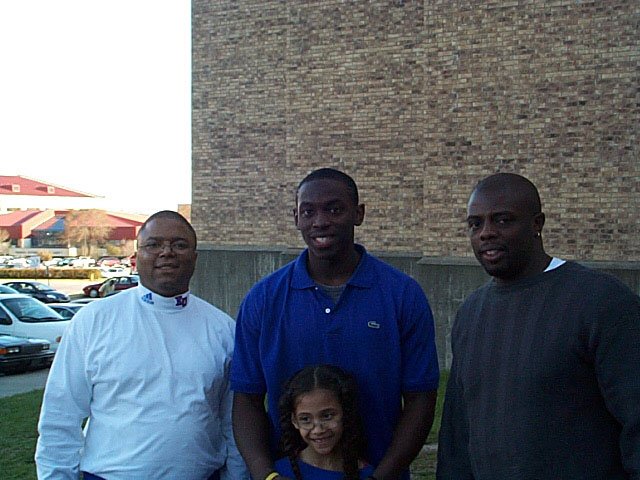 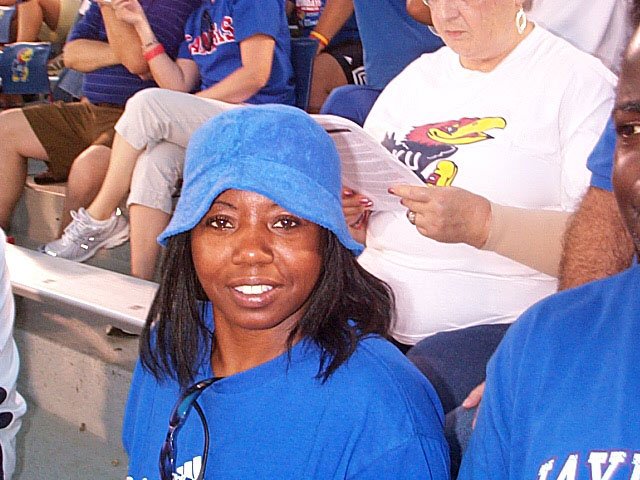 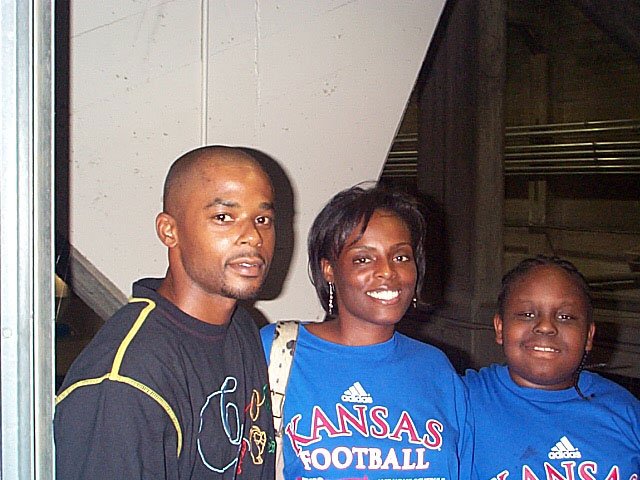 Having a good time during half time of Southeast Louisiana game. 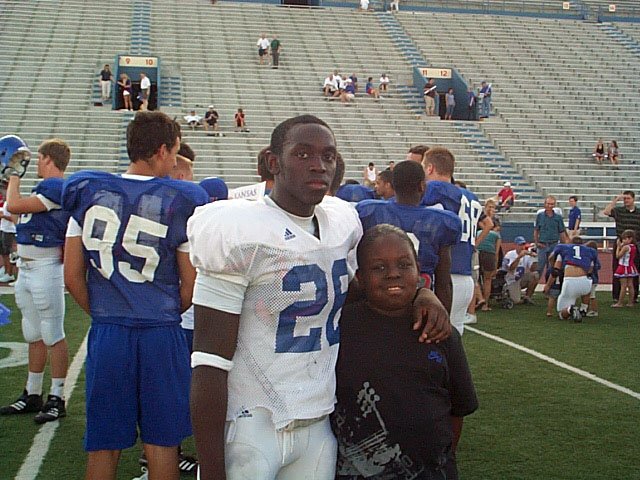 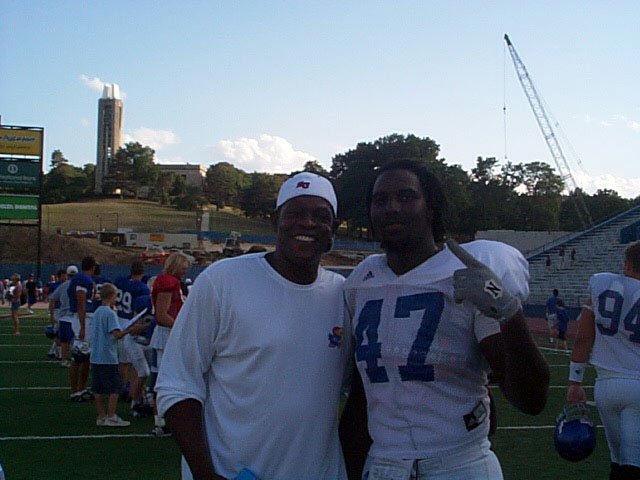 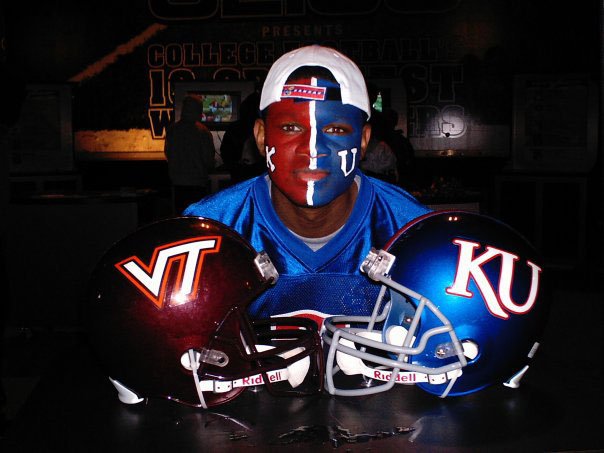 KU fan Jules Hodge took a picture next to the team helmets at the tailgate ... 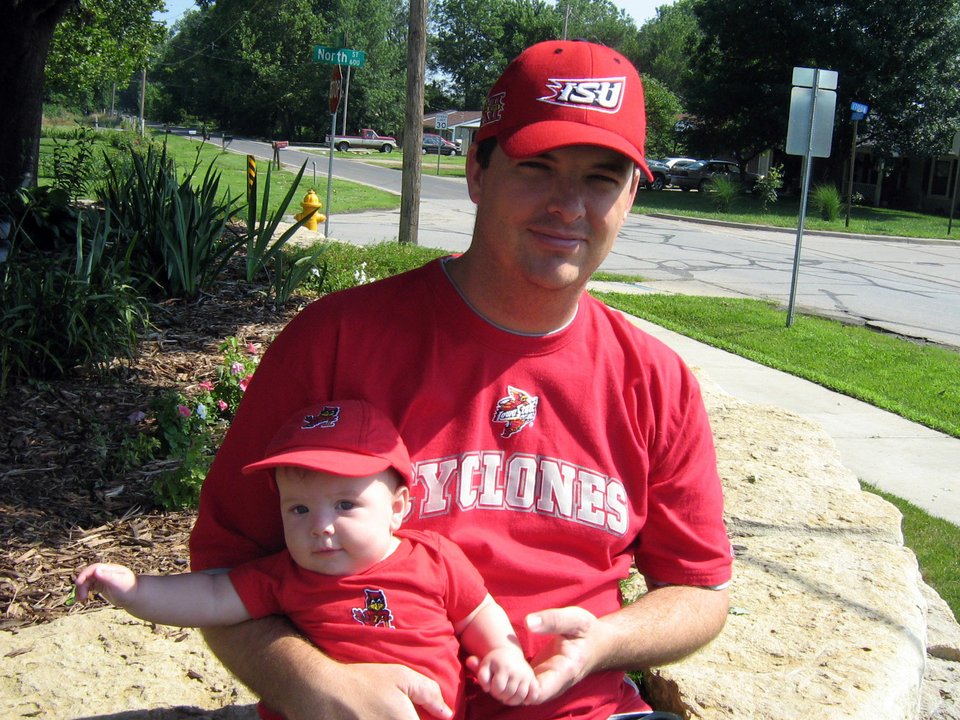