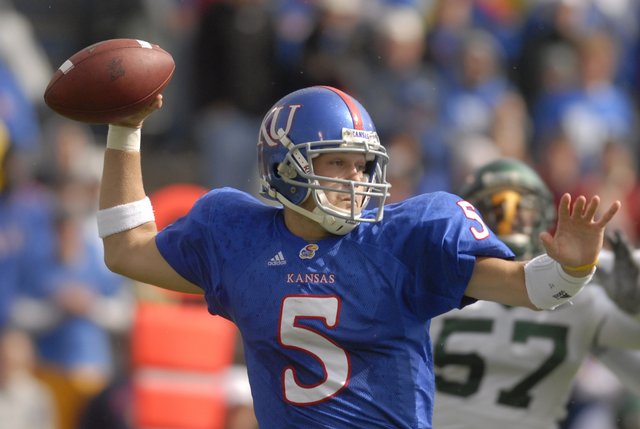 Kansas' Todd Reesing connects with a receiver against Baylor on Saturday at Memorial Stadium.

Six-and-oh and six to go. The table is set for a special season for Kansas University's football team. The Jayhawks - or "Fighting Manginos" as some call them - are scrapping for a legacy most teams of the program's past can only dream of. After crushing Baylor, 58-10, on Saturday at Memorial Stadium, Kansas became bowl-eligible in mid-October - much sooner than usual.