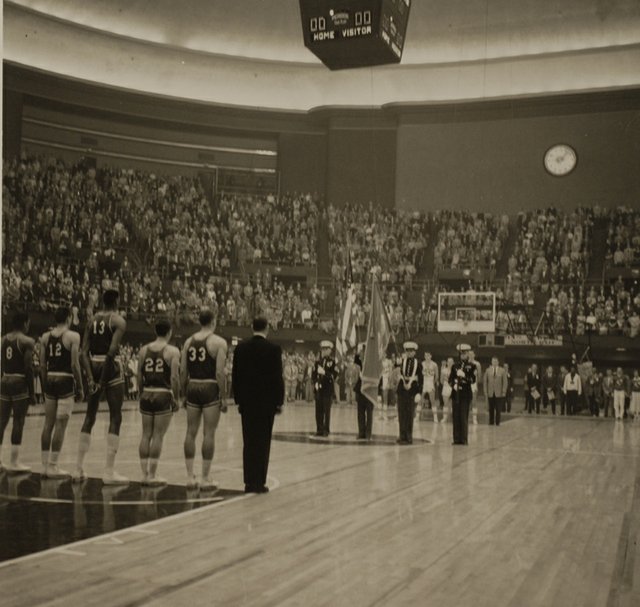 Kansas University players, from left, Maurice King, Gene Elstun, Wilt Chamberlain, John Parker and Ron Loneski stand at attention during the playing of the National Anthem prior to the NCAA National Championship game. The game was played in Municipal Auditorium in Kansas City, Mo., on March 23, 1957.