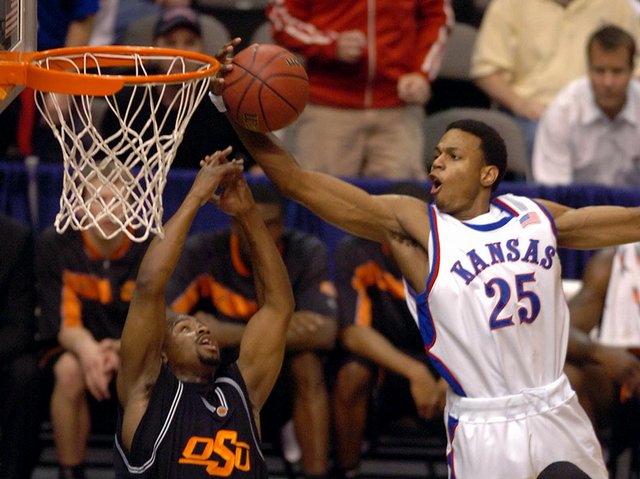 Brandon Rush was named preseason Big 12 co-player of the year along with teammate Julian Wright.

The rumor mills had him slotted him on NBA Draft boards, but guard Brandon Rush formed his own contrasting notion as he sat in the Palace of Auburn Hills locker room following Kansas University's shocking NCAA Tournament first-round exit. "Right after the Bradley game, I knew I was going to come back," Rush said. "It wasn't a close decision."