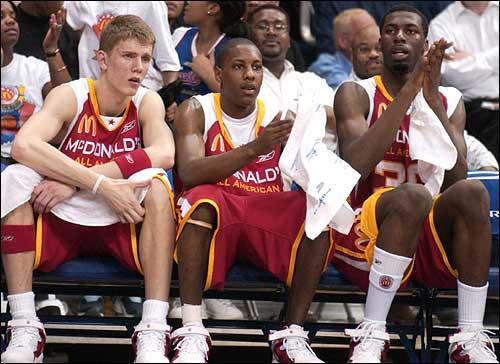 Kansas University basketball recruits, from left, Micah Downs, Mario Chalmers and Julian Wright cheer their West teammates during the McDonald's All-American game. Chalmers had 20 points, Wright 14 and Downs eight as the West team fell to the East, 115-110, on Wednesday in South Bend, Ind.

Chalmers leads way with 20 in loss