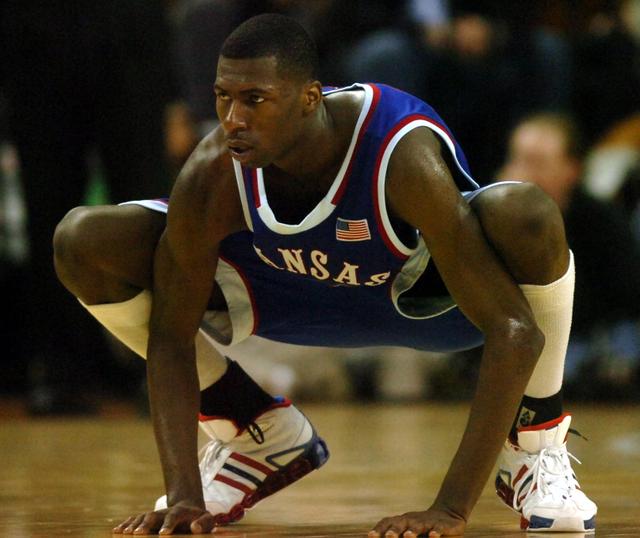 Kansas guard Julian Wright breaks down to prepare himself defensively in the second half against Texas.

Wright named Rookie of the Week

Junior P.J. Tucker (Texas) and freshman Julian Wright (Kansas) have been named Phillips 66 Big 12 Conference Player and Rookie of the Week for games of Feb. 20-26 in voting by a panel of media covering the conference. Tucker wins player honors for the sixth time in his career, tying the Big 12 record. Wright is the third KU freshman to win rookie accolades in 2005-06.