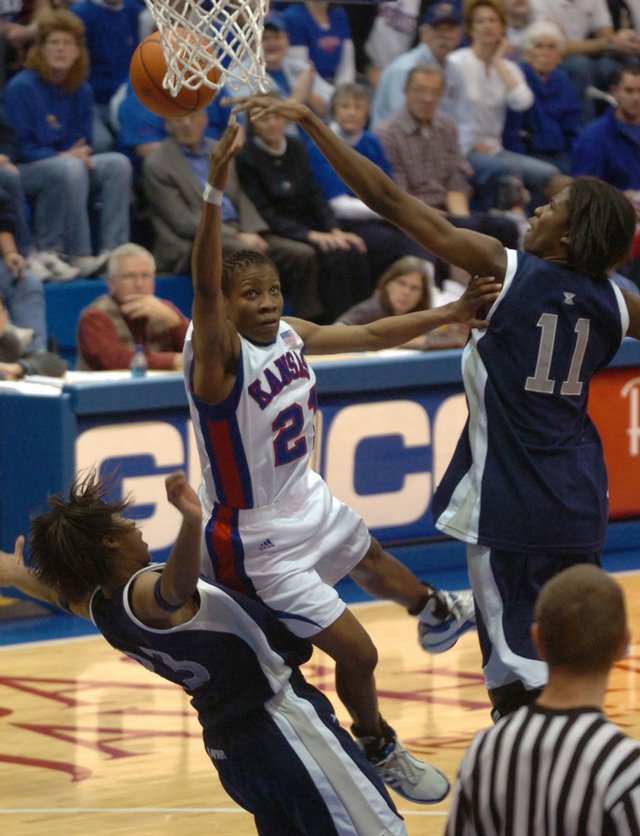 Shaquina Mosley lunges to the bucket between Xavier defenders Michele Miller, left, and Amber Harris late in the second half of Sunday's game against the Musketeers at Allen Fieldhouse. Mosley was called for a charge on the play and was carried off the court with an injury following.