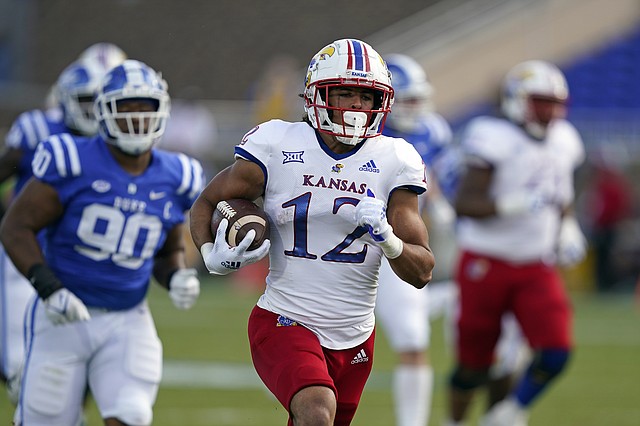 'It's been a minute': Torry Locklin scores 2 TDs in breakout game at Duke

It took a couple years and some patience, but redshirt sophomore Torry Locklin finally scored his first touchdown for the Kansas football team — and promptly added a second to his résumé on the Jayhawks’ following possession — during KU’s 52-33 loss at Duke.