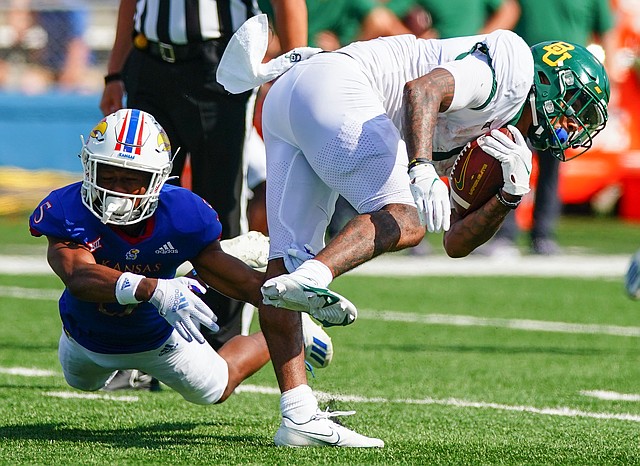 'Nobody calls me Omar': Why KU football's O.J. Burroughs is always thinking about adding weight and his physical development

Almost every person associated with the Kansas football program calls O.J. Burroughs by his nickname. It’s O.J. on the official roster, and it’s O.J. out of the mouths of his teammates when they’re talking to the true freshman safety. But head coach Lance Leipold takes a different approach.

After Week 5, struggling KU defense ranks at or near bottom of FBS in several categories

Five games into Lance Leipold’s first season in charge of the Kansas football program, the Jayhawks’ defensive shortcomings have proven to be problematic.

The Kansas football team’s first Big 12 encounter on head coach Lance Leipold’s watch turned into a rout in the second half Saturday, as Baylor left David Booth Kansas Memorial Stadium with a 45-7 victory.