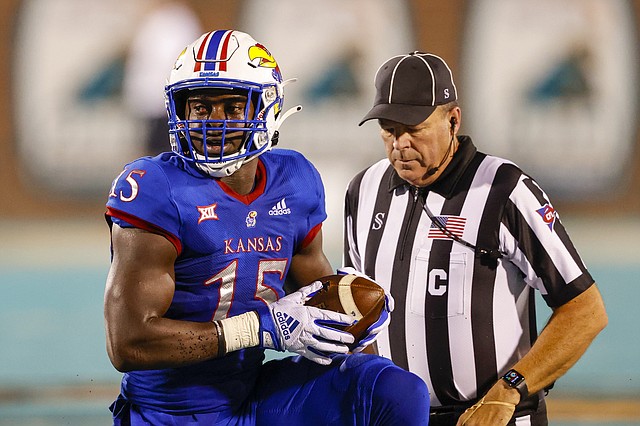 As the Kansas football team moves past its nonconference schedule and into the awaiting Big 12 gauntlet, the defense’s lack of sack production is among the coaching staff’s assorted concerns. The Jayhawks (1-3 overall, 0-1 Big 12) went sackless in each of their last two losses and are averaging only 0.5 sacks per game — ranking them 127th out of 130 FBS teams — through four weeks.

Ahead of KU’s Week 3 Big 12 opener versus Baylor (2:30 p.m. Saturday, ESPN+), Kyron Johnson spoke about his role and what he’s hoping to get accomplished — on and off the field — this fall with the Jayhawks.