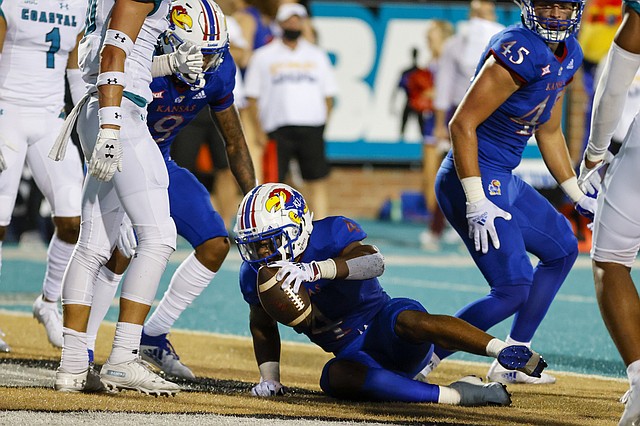 The Kansas football coaches asked far more of running back Devin Neal in Week 2 than they did in the Jayhawks’ opener. So much so that the true freshman became the featured back for the offense on its second possession at Coastal Carolina, with Neal seven days removed from his one-carry, one-yard college debut.