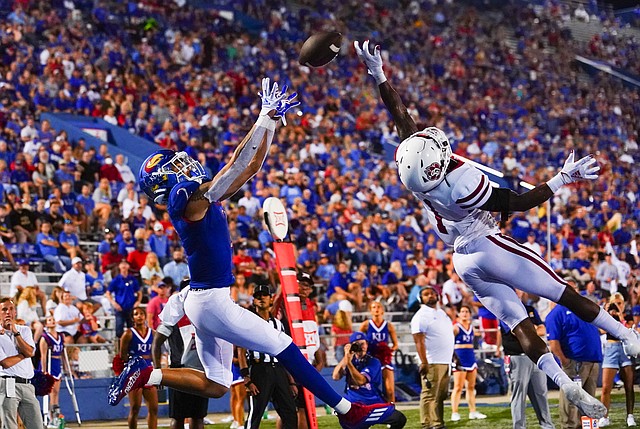 Kansas wide receiver Lawrence Arnold (2) reaches for an end zone pass over South Dakota defensive back Myles Harden (1) during the third quarter on Friday, Sept. 3, 2021 at Memorial Stadium. The play was called back as Arnold was out of bounds. (Photo by Nick Krug/Special to the Journal-World)

Still in the early stages of new head coach Lance Leipold’s rebuilding project, the Kansas football team’s offense hasn’t produced much in the Jayhawks’ first two Big 12 games. The Jayhawks scored 14 points combined during the eight quarters that accounted for two blowout losses to Baylor and Iowa State. So how do the coaches gauge the offense’s progress?